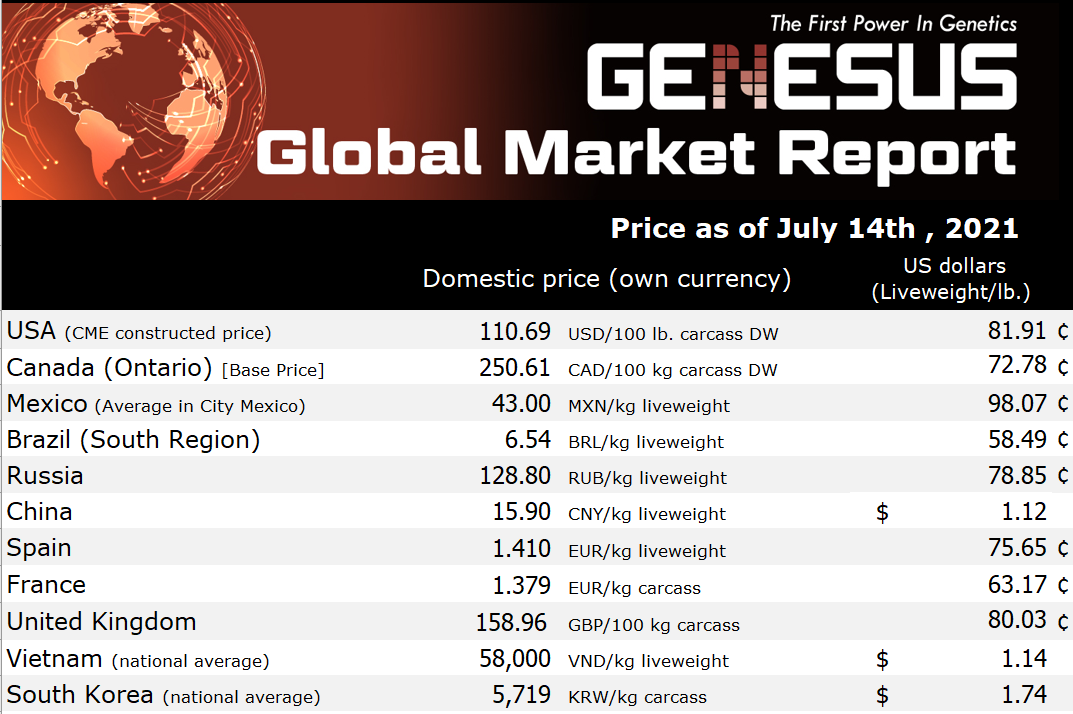 Last commentary eight weeks ago Bob Hunsberger, Wallenstein Feeds, Hog Economics Summary Sheet showed profitability per pig with average production at $51.03. Now it has improved a further sixteen dollars to $67.41. Then the next twelve-month projection has moved from a profit of $24.98 to $31.68. A $6.70 improvement. Very good times indeed!

Ontario Pork, for last week, reported an average price/ckg DW total value at $291.29, very close to a thirty-dollar improvement from the $261.60 of eight weeks ago.

It used to be that producers would demonstrate their distaste for prosperity by building another barn retroactive. This time at least for now appears different. There is very little expansion happening in Ontario or Canada as a whole. I believe there are a number of factors involved in this. The whole permitting process is onerous and seems even when you have complied with all the rules there is ample chance for heartburn from neighbours, municipalities etc. NIMBY seemingly is alive and well virtually everywhere.

However, probably the biggest governor on expansion is labour. As Canada begins to shake off the effects of Covid it appears to be only slightly behind the US in a tightening labour market. Lots of signs looking for help driving around the countryside.

Also, the strength in grain prices gives potential new entrants to the business a more than viable alternative to rigours of pork production. In addition, the high value of land particularly in Ontario (lots of land $20K plus per acre) presents further options.

Finally, the last seven years since 2014 has seen more downs than ups and impressed that this is not a business for the faint of heart. The Canadian and particularly the Ontario packing industry remains problematic and challenging. The strike referenced in last commentary at Olymel remains after two and half months. Sofina (in Ontario) has had major capacity issues in the last month. Fortunately, with the tremendous demand, the 25K plus hogs per week have been absorbed into the US. However, anyone with any memory knows that worm can and does turn. So, for now, at least we need to enjoy our Goldilocks moment because the only thing for sure in this business is it changes.