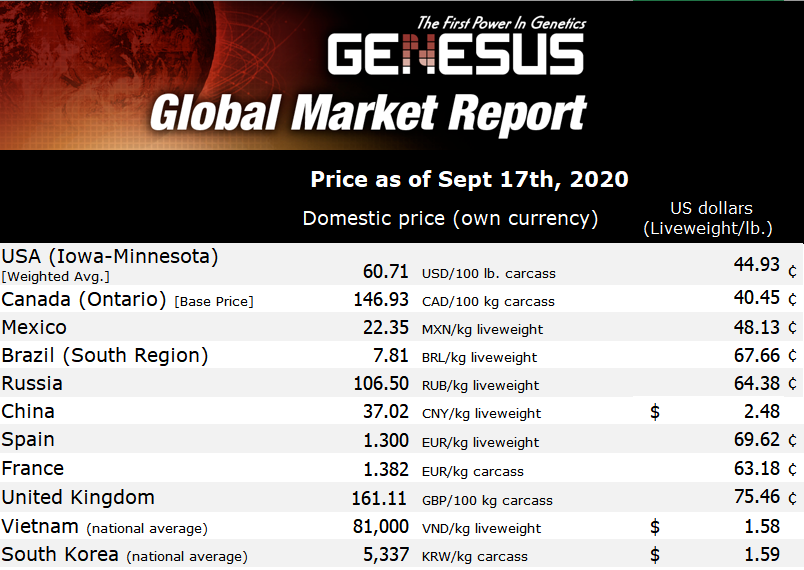 After the upward trend caused by the ASF epidemic in 2019, pig prices softened following the 2020 Chinese New Year and Spring Festival Holidays. Since May, pig prices have rebounded and are now 37.02 CNY/kg despite a weakened demand for pork in the foodservice sector caused by the COVID-19 pandemic.

The hot topic among China producers these days is the future price projection of the China hog market. It seems money is pouring into China’s pork industry not only from large scale producers with government supports but also outside investors from other industries eyeing big profits.

Reports say there are 6200 new swine farms approved by the government for construction in 2020. Every regional government has its own production targets needed to get back to pre-ASF inventory levels. Each large scale pork company has its own new plan to help meet those targets and ultimately the needs of the people for their beloved pork. In addition, newcomers from the private sector are entering the business as well.

If one reads the media reports and ads up all the new production targets of these companies it’s a bit mind-boggling. One recent report in the media stated that this capacity amounts to 2 billion pigs annually. Of course, market forces would not allow that to happen but is an indication of the speculation within the industry.

As a result of the shortage of breeding pigs, many large scale producers implemented a strategy to save back market gilts from their commercial farms for restocking sow units. No doubt the productivity of these animals will not be at the same level as high-quality genetics. We are hearing reports of 20-30% lowered production with these market gilts versus high-quality genetics.

Domestic production is expected to recover during the second half of 2020 but may still be below normal levels as ASF has not been eradicated and is still reoccurring, making restocking even more challenging. Also, Covid-19 is now well under control in China so pork consumption in restaurants, schools, and other businesses is rapidly recovering so demand is expected to increase at the same time.

From January to July, the total import of pork and byproducts reached 3.38 million tons of which pork alone reached 2.56 million tons, up 138.5% year on year. GACC is estimating pork imports to be at 3.9 million tons for the full year.

After last week’s bombshell announcement by the World Organization for Animal Health (OIE) reporting the first outbreak of ASF in Germany, China announced a ban on live pigs, wild pigs, and their products directly or indirectly from Germany. Germany was China’s 3rd largest supplier of pork with exports worth around $1.2 billion annually.

The ban will hit German producers hard and shift exports to other counties such as the United States and Canada. US live hog futures climbed up the daily limit Thursday after the announcement fueled expectations that importers would turn to the United States for supplies.

China has imported 10,637 head of swine genetics from foreign countries so far this year. It’s predicted China will import 15,000 head by the end of 2020 making a new record for swine genetic imports. With 26 million breeding sows in China, even 15,000 head is a small number.

There are only 5 countries in the world including Canada, Denmark, France, the United Kingdom, and the United States eligible to export to China. Genesus is the only International Genetics company in the world with registered source farms in three of those countries, Canada, the UK and the USA. 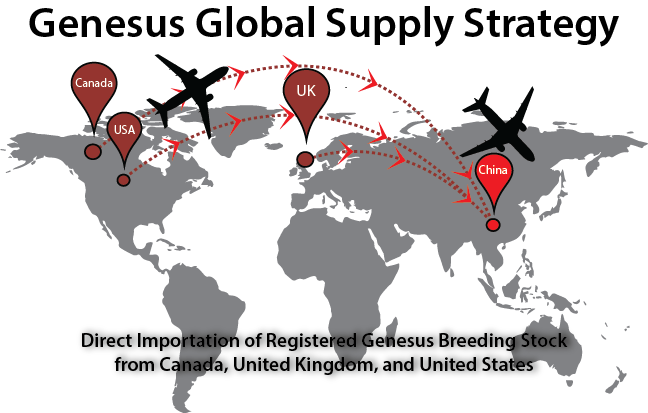