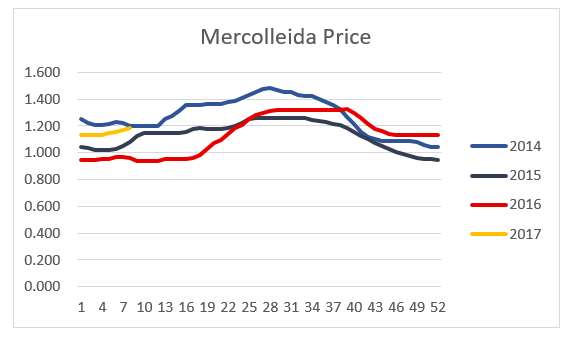 After being below the German value of live animals for four and a half months, the Spanish price has managed to catch up to the German level.

Despite the great uncertainties that exist, this price is giving Spanish producers and the whole industry a positive outlook and attitude. The permanent mystery is China, and how it will impact the new situation in Germany with tons not being able to export to China, which represents 27% of the total slaughtered in that country.

Spanish producers are selling all their production without problems at good prices, and the slaughterhouses are buying these animals and selling the meat fresh, as it happens in the rest of the EU. The stock of frozen meat through Europe remains low. The export to Asia is pulling all excess supply without problems.

What we are seeing in the Spanish market is a change of trends. Every day, you can hear more projects looking for a 50% Duroc product, or a 100% Duroc animal.

This is due to two circumstances. On the one hand the domestic market is gradually changing towards a higher quality market. According to Nielsen’s “Premium Consumer” report, three out of ten Spaniards (30%) would make an economic effort for seafood or higher quality or differentiated meat, while a similar percentage, 27%, would buy a good mobile phone , Tablet or computer. This shows where the domestic market is going. 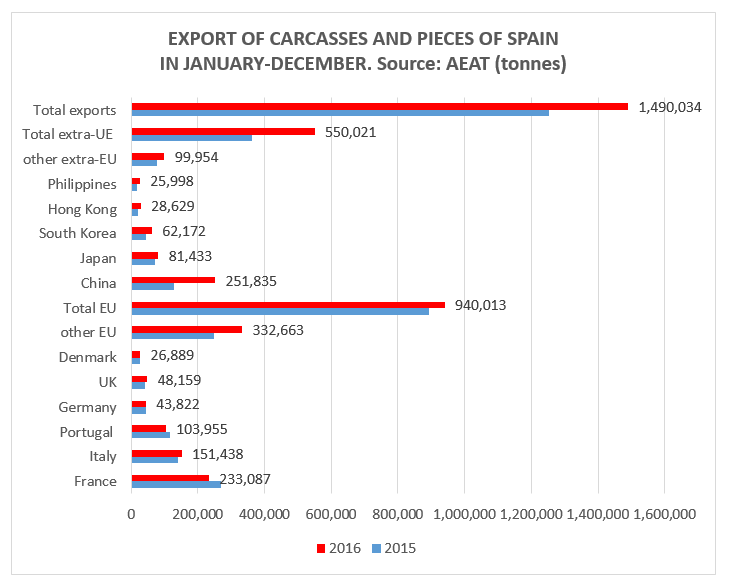 This implies that the market to third countries has been increasing. These markets, by our experience, demand pork of more quality, like Japan and Korea and even China, which absorbs everything.

Also worth noting is that there is a new export destination. The government of India has officially communicated to the Spanish government the approval of certificates for the export of meat and pork products to India from Spain.

Spain remains the world’s third largest pork producer and the first in Europe, with a census of bristles 2,414,980 at December 31 and with a projection of animals slaughtered 47,862,302 at the same date.

There are good expectations for this year, let’s see what happens.