Since last December 30, the market price has not changed and remained the same – 1.201 € per kg carcass. The situation is quite different from a year ago, when at the same time the average price was 1,523 € per kg (January 2020).

2020 was obviously marked by the global health crisis related to Covid-19 that impacted global and French hog production (closure of packing plants in the US or Germany due to Covid-positive employees, closure of restaurants and canteens for several months, etc.) and all parts of the economy in general.

In addition, Germany has been hit by African Swine Fever last September which deprives it of exports to China and Asia, and leads to a surplus of pigs in Europe. This obviously led to a drop in prices on the different European places and also some delays in slaughterings.

The most difficult is that during this same period, the feed prices have increased following a spike in grain prices. Currently, prices in France are about 250 € per metric ton for wheat, 240 € for barley and 500 € for soybean.

On January 29, a new law to define and protect the sensory heritage of the French countryside was promulgated. This Act defines “sounds and smells” as a characteristic of campaigns so that they can no longer be the subject of complaints. We hope that producers will be less bothered by unwarranted complaints about odour nuisances related to pigs or manure.

The shortage of labour in agriculture and particularly hog farming is a major concern for many farmers. Although this is not unique to France; a few symptomatic examples of an era below.

Last week a producer told me about his distress. Less than 2 years ago, he bought a 130 sows farrow-to-finish farm which he wanted to entrust to an employee by offering good working conditions and wages. After several months, faced with such great difficulty in finding a qualified and competent employee, the question arises today to resell.

Another example, this late-fifties farmer, who, following the retirement of his livestock employee, decided to stop hog production in order to keep only this land.

The recruitment of livestock workers will be increasingly difficult, hence the need for tomorrow’s pig producers to be able to have functional herds but also easy to manage sows, not requiring extra work.

After have worked with several different swine genetics in the past, we started to work with Genesus at the end of 2017 with their Duroc sire line and their dam line semen (York and Landrace).

First of all, the farm knows many challenge diseases, and the Genesus Duroc has reduced mortality rate and material seized at slaughterhouse. We have improved growth rate with more uniform market hogs. In addition, packing plants seem very happy with meat quality of our pork.

In terms of dam, we previously used a Danish swine genetic, which produced a lot of piglets. This gave us too much work for litter management, we had a high pre-wean mortality rate (18.5%) and heterogenous piglets. Our farm, as many others, is regularly short of labour and it is common for there to be only one person to manage the 136 sows at farrowing.

Genesus sows, in addition to being robust and easy to manage, are good mother, produce a lot of milk and keep good body condition during lactation, which also allowed us to reduce our sow mortality rate.

Piglets are heavier and more uniform at birth and at weaning.
We now have an average of 13 weaned piglets per sow, with a pre-wean mortality rate less than 10 %, while in the past we had about 10.5 weaned piglet per sow.

Future : with the increase of our performance (number of pigs produced per year), we have in plan to build a new room for 600 extra finisher pigs. 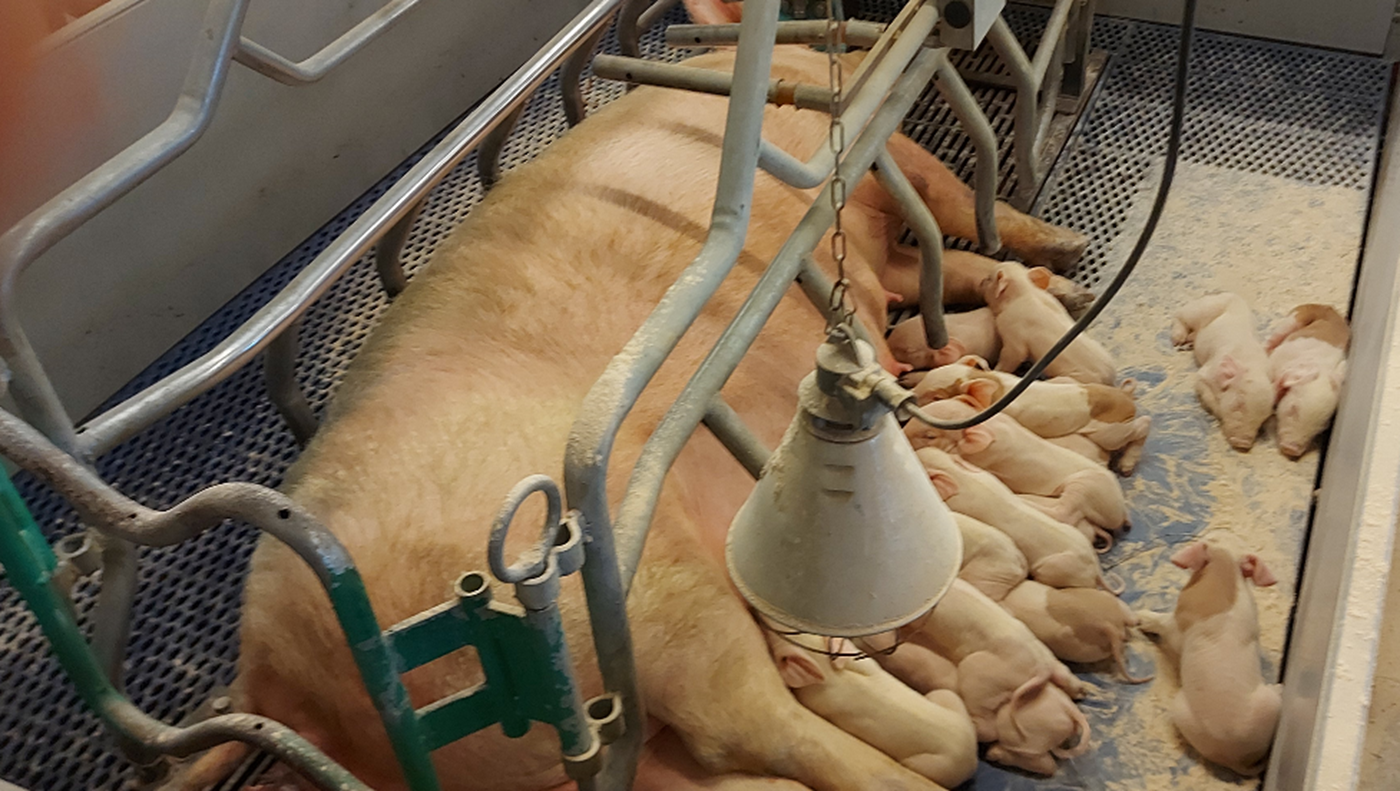