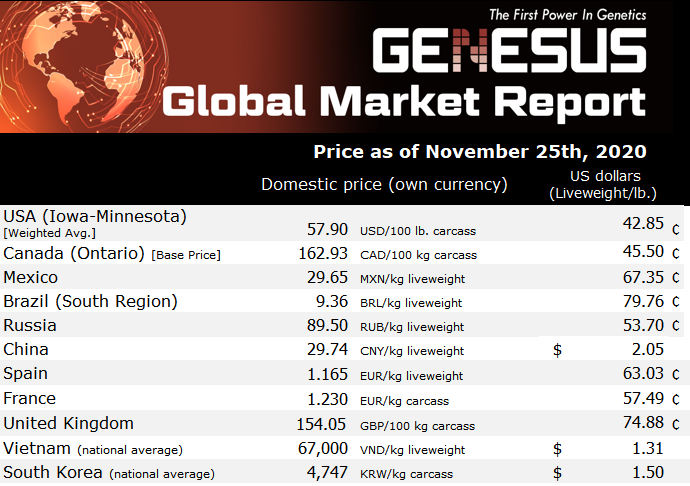 Pork prices in the Mexican pig market have started a seasonal recovery, despite all the problems caused by the coronavirus health crisis.

During the last three weeks the price of live pig has gained ground considerably, mainly due to three factors:

It is interesting to see how, in just a couple of months, pork liveweight price has responded positively to the primary economic law of supply and demand.

The center of the country, states such as Jalisco, with the highest concentration of pigs in the country, has obtained an increase of around 10 pesos per kilo in relation to summer prices.
On the other hand, States such as Sonora, one of the largest exporters of pork in Mexico (and one of the lowest domestic prices in Mexico) has presented similar behavior, as shown in the following graph (blue line). 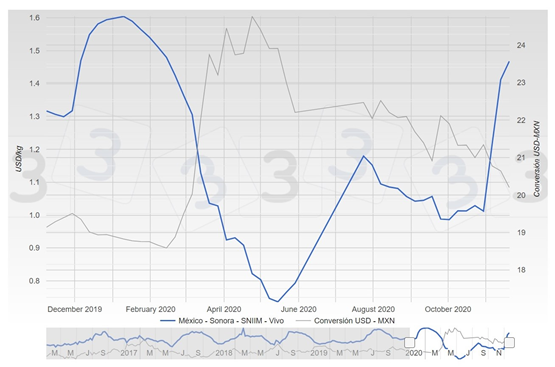 Another interesting point to highlight regarding the Mexican pig market is that the early arrival of Santa Claus has brought an extra Christmas Gift to the producers, a relief in the exchange rate of the Mexican peso in relation to the US dollar, so, despite there has been an increase in cost of production, due to the rise in grain prices, importing grain right now is less painful than a few months ago, as we can also see in the previous graph (black line).

So far this year, Mexico has decreased its purchases of food from abroad, while it has increased its sales, with pork as the product whose demand has increased the most. As for agricultural exports (which include agricultural, livestock and fishing products, among others), Sader indicated that they increased 4.13%, to total 12.628 million dollars.

Said by the federal agency, Mexico has consolidated a surplus of 4.384 million dollars, 26.22% higher than that reported in the same period of the previous year.

One of the products with the highest international demand has been pork, 680 million dollars, with an annual increase in demand of 39.2%, according with SADER/ Mexico. 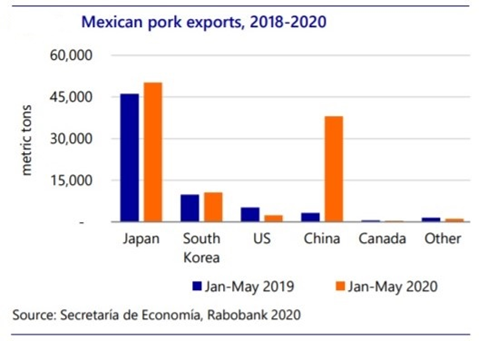