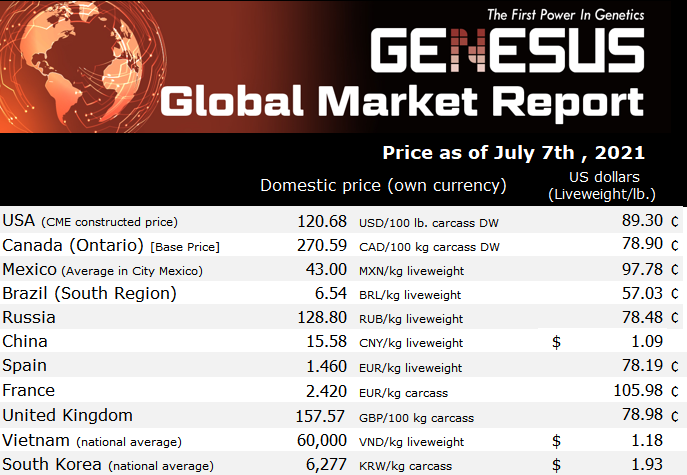 Pig price in Russia is 128.8 Roubles per live kg (US$1.75). This has increased a little over the past few weeks. Covid travel restrictions have meant many more Russians taking holidays in Russia, increasing local demand for pork. There has also been some loss of production from ASF and PRRS (in some of the larger companies) who have gone to the market to fill gaps in production.

Russia has a target of becoming a top 5 pork exporting country. Despite lots of political lobbying, China is still refusing to allow imports from countries positive for ASF. Russia’s ability to produce very large quantities of relatively low-cost grains and protein as well as its geographical location, makes it an obvious contender as a large exporter of pigmeat.

One market that tends to get overlooked in many places is the domestic market. Selling more and for a higher price in local markets is the easiest way to increase profit. In Russia, again as in many countries, the perception of what the market is and the reality are two different things. We hear everywhere from slaughter plant buyers and marketeers “we need leaner pork” and also “the consumer will not pay more for better quality”. Then when you look at the market, the highest priced cuts are the fattest and tastiest! So clearly Russian consumers, as everywhere, will pay more for fatter tastier pork.

A few weeks ago I was in Russia’s neighbour, Ukraine, where in two restaurants I was advised not to take the pork as it was likely to be dry. I have been told the same thing in another ex Soviet country, Bulgaria. In this part of the world there is a strong preference for fatter and tastier meat.

Russia is characterized by large fully integrated producers who mostly sell their own branded pork. As taste and consistency are the two major reasons that people continue to buy a food product, producing and selling pork that is consistently tasty seems to be a good idea for maximizing profit.

One company who has done this is AgroEco, based in Voronezh. AgroEco use Genesus for part of its own production and has a Genesus Nucleus to provide breeding pigs for itself, with surplus being sold into Russian market. Part of the Nucleus is a herd of pure Genesus Duroc, that is the recognised market leader for the tastiest pork. AgroEco sells all the pure Duroc Sired Pigs through its own retail outlets at a significant premium over “standard pork”. Local demand is high, with the Genesus Duroc Sired meat regularly selling out. To guarantee supply it needs to be forwards ordered.

Yes, this may be only a very small % of the Russian market, but an excellent sign that producing a constantly tasty product that consumers want more of and are willing to pay more for does work. What would we be able to achieve globally as an industry if we could replicate this? 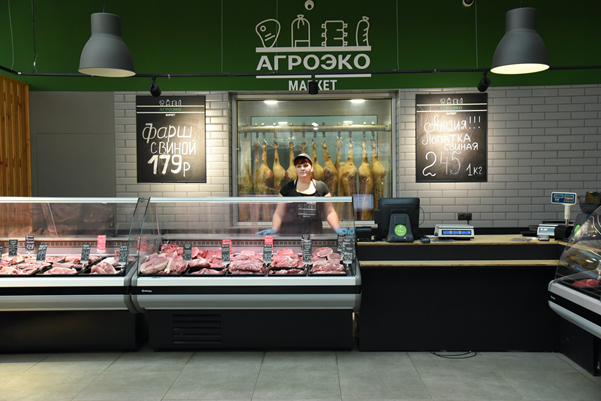