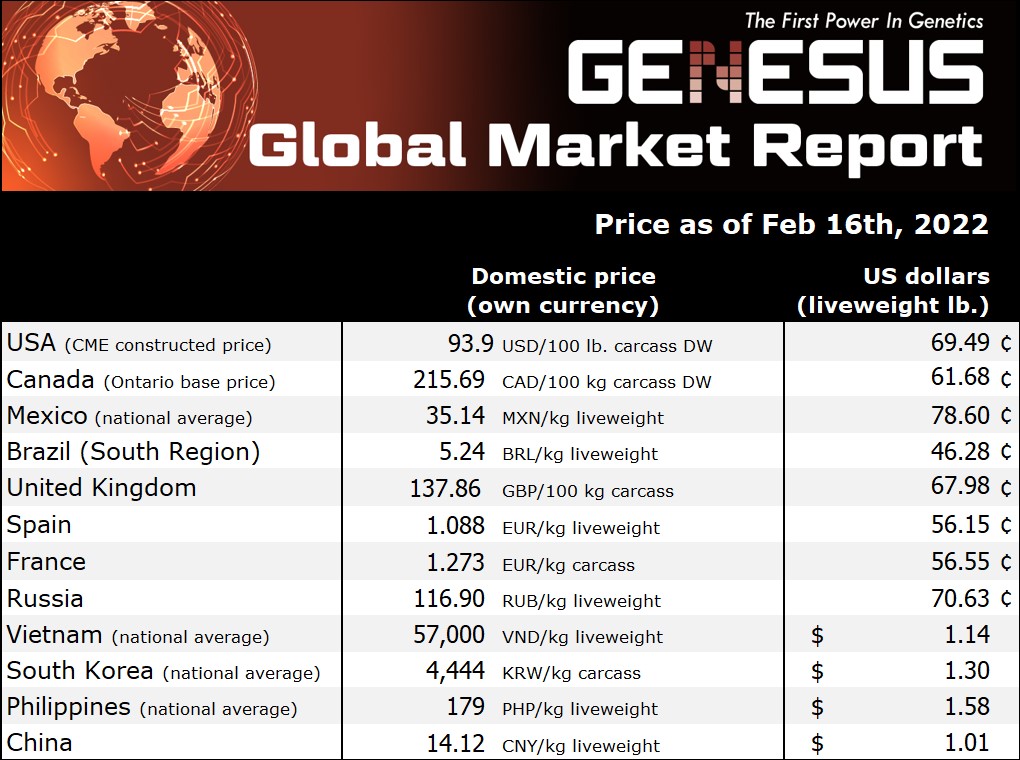 I said it in December, summer hogs are going to hit $120. I still see nothing that is going to change my mind. Disease hits every year but this year is as bad as I’ve seen it.

I heard yesterday that some finishers are losing 30% due to PRRS and they were weighing 180 lbs. We have all seen what PRRS does in sow herds and small pigs. Losing 30% of 180 lb pigs tells me that we have a supply problem coming.

Older sow units are closing their doors. New barns, as Jim Long says, are very limited and cannot make up for older units shutting down. I have been talking to builders. They are hungry. A few years ago they would not call you back. Today you mention a new barn and you better be ready for some pushy salesman camping on your lawn.

Sow death loss is real and our competitors are devasted by it. The overall health of those same genetic companies is awful. When you have death loss in nurseries of 5% because those pigs won’t eat, that is a problem. I need to steal my friend’s, Dr. Chad Beirman, saying one more time, “Bentley health trumps all genetic potential”.

I talked to a feed company that is working on a product that helps stop death loss on the truck going to slaughter. Without naming that genetic company I would say you have a problem if feed companies are trying to keep your pigs alive on the truck to the packing plant. As Dr. Bob Kemp told me, these are deep genetic issues. They will not get fixed easily or quickly. I question if they can fix them at all. It’s hard to run a genetic company when you are entering politics, instead of fixing these genetic issues.

Bird flu has entered into the picture. That is positive for cash hogs and futures. Like it or not killing off competing meats is good for the hog industry.

Finally the packers. They like to try to talk the market lower by telling us they are fully covered and not looking for pigs. Ok, then why are cash hogs as high as they are in February? Their inability to see the train coming at them is interesting to me. But they maintain they do not need any pigs at all and actually are a little long. Well, we will see but my guess is those hog buyers are going to have to be hog buyers again and not just hog schedulers.