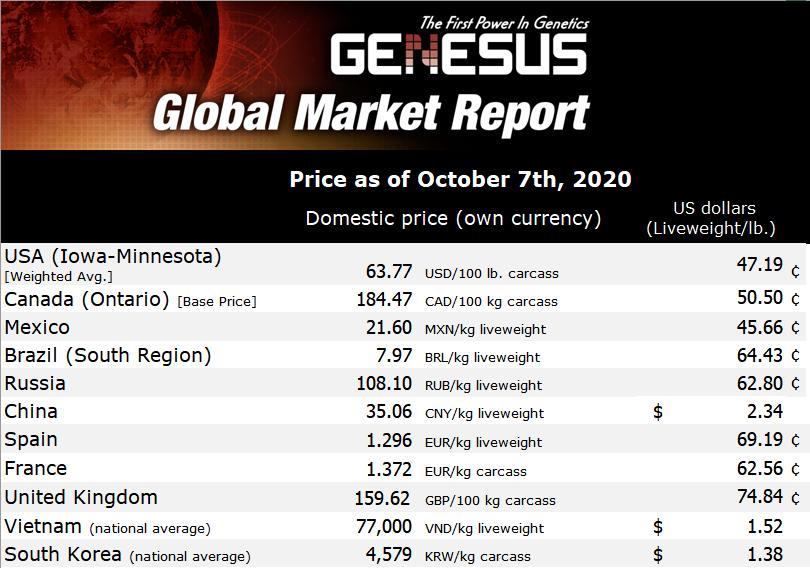 In my last commentary, I questioned whether the industry was broken perhaps permanently. Now, eight weeks later we have this. Bob Hunsberger, Wallenstein Feeds, Hog Economics Summary Sheet shows this change from eight weeks ago, profitability going from per pig with average production loss of (-$30.23) to profit per pig with average production of $27.93. A $58.16 per pig rocket increase in revenues. Then with the next twelve-month projection moving from (-$5.11) to $18.05. Seems to qualify as a reversal of fortunes.

However, for perspective from my May 20, 2019 Commentary you can click here for the Wallenstein Feeds, Hog Economics Summary Sheet for the week ending May 10, 2019

Bob Hunsberger, Wallenstein Feeds, Hog Economics Summary Sheet shows from eight weeks ago a tremendous and unprecedented reversal of fortunes with profitability going from per pig with average production loss of (-$34.07) to profit of $55.39 per pig with average production. An unbelievable $89.46 per pig increase in record time! Then with the next twelve-month projection moving from $20.98 to $70.10

So not quite the meteoritic rise as the promise of ASF in China but we’ve seen how that ended with superior prices virtually everywhere else in the world and the improved margins here flowing almost exclusively to the packer. Now ASF in Germany has given the market a similar if not as great a “goose” but is it going to play out any differently? The big question seems to be whether all those hogs supposedly backed up stateside are yet to come to town? Well that’s going to play out in the fourth quarter, but our money says they’re not there.

However last commentary I suggested “when you’re up to your ass in alligators, it’s hard to remember your original intention was to drain the swamp.” Now the alligators are seemingly abating, what intention? The packers desire to integrate down seems to be at least forefront with Olymel with best contract offers leading through their genetics and most likely their feed.

Opportunities to integrate up appear limited at least in Ontario with Conestoga Meats (producer owned packing plant) having no significant expansion plans for the foreseeable future. Therefore, is it a sustainable model to continue to attempt to match wits with the processor or does the producer need to seek a different path?