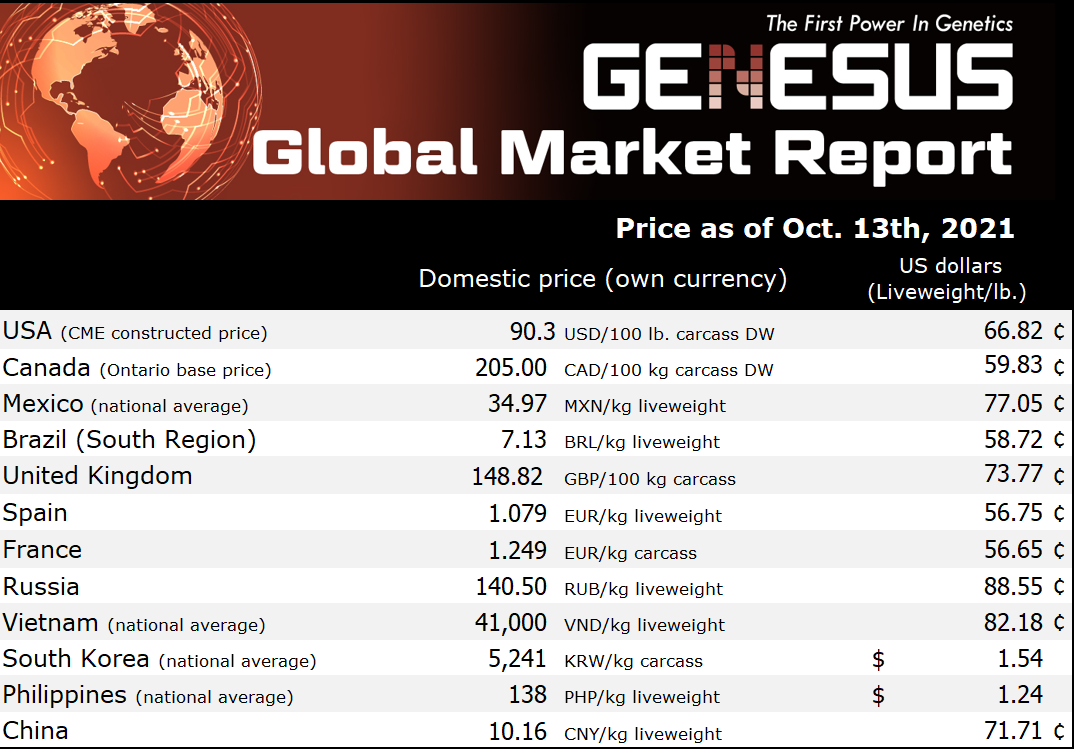 “Too pessimistic to be more pessimistic” is the way one publication described it. There certainly has been a lot for pork farmers in China to be pessimistic about recently. Our observations are there is huge liquidation occurring of both sows and pigs. Reports of long lines of trucks waiting more than one day in the queue, with slaughterhouses running a third shift just to keep up. Newly weaned pigs are selling for 60-70 yuan ($10) per pig if you can find a buyer.

Since the beginning of this year, the pig price has been on a steady downward trend and the whole industry has suffered deep losses. Costs of production have risen due to increased feed costs, labor, transportation, elaborate biosecurity measures, and heightened debt load due to recent expansions.

Many large-scale companies leveraged capital to expand rapidly, and have seen their breakeven costs increase to 21- 22 Yuan/kg or $1.50 per pound. At the same time, these companies are selling 130kg (285 lb.) slaughter pigs for 11 Yuan ($0.78/lb.) resulting in losses of $150 per head. We have never before seen, nor can comprehend the magnitude of those losses across the industry.

Producers have adjusted diets and even cut back or stopped any expenditures deemed non-essential including drug and vaccine treatments. Other measures include selling off shares in joint ventures and in some cases even selling company-owned farms to stop the bleeding and raise capital. The logic of making up low prices by economies of scale has not worked.

The new emerging trend for producers is to focus upon their downstream. Companies are reducing sow numbers and investing in food processing facilities and branded pork retail outlets. One contact we spoke with just this week says he can “smell the winds of change” and has decided to invest in one of many planned small shops in his community.

“Pork Quality”, something Genesus R & D has been investing and focused upon for more than 20 years will now become even more important in the China marketplace.