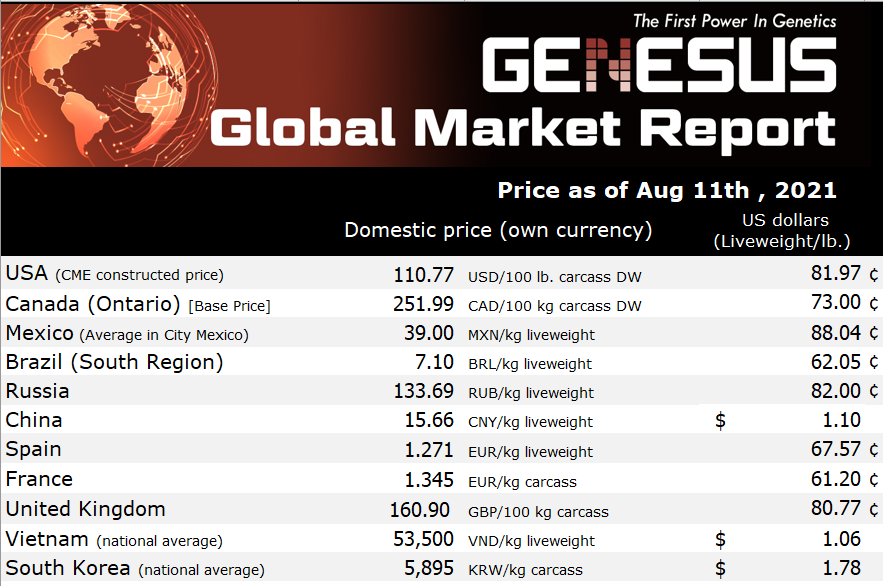 We are in the middle of summer when we can only hope the pandemic will give us a truce and we could see how some potential foreign and domestic tourists and thus stop the price from falling, something totally unusual for this time of the year.

During July, packing plants, especially those in Catalonia and Aragon, representing 60% of total capacity, have stopped working for one day a week, hoping to recover those 5 days of work in August, but so far everything is at a standstill.

Spain’s domestic consumption is low; exports, with China in the lead, stand still; Europe’s pork supply from Germany and Denmark continues to invade the market while a new wave of Covid-19 disrupts any chance of fast price recovery.

On top of this Spain’s pig inventory continues to be strong, even though this time of the year growth is slower, producers need to sell the pigs to keep the production flow but also try to save on increasing feed costs.

But despite all the negatives, Spain is still on top with production and processing of hogs. Production is becoming more and more efficient and recognized for its high health status. While in most countries in EU block there is a trend to decrease inventory, Spain, though not increasing breeding inventory, tends to increase production numbers and so market hogs’ inventory.

Processing capacity is also expanding in Spain, while Germany, Europe’s biggest pork processor, scales down. With the entry of the Italian Pini Group in Binéfar (Huesca) this year, 24,205,930 hogs have been slaughtered from January to May compared to 22,937,711 in the same period last year, an increase of 5.53%. If we extrapolate numbers to one full year, we would be talking about around 60 million more processed hogs for 2021. The German Tonnies Group, the main European operator of pork meat, also announced its entry into Spain’s pork market in Calamocha (Teruel).