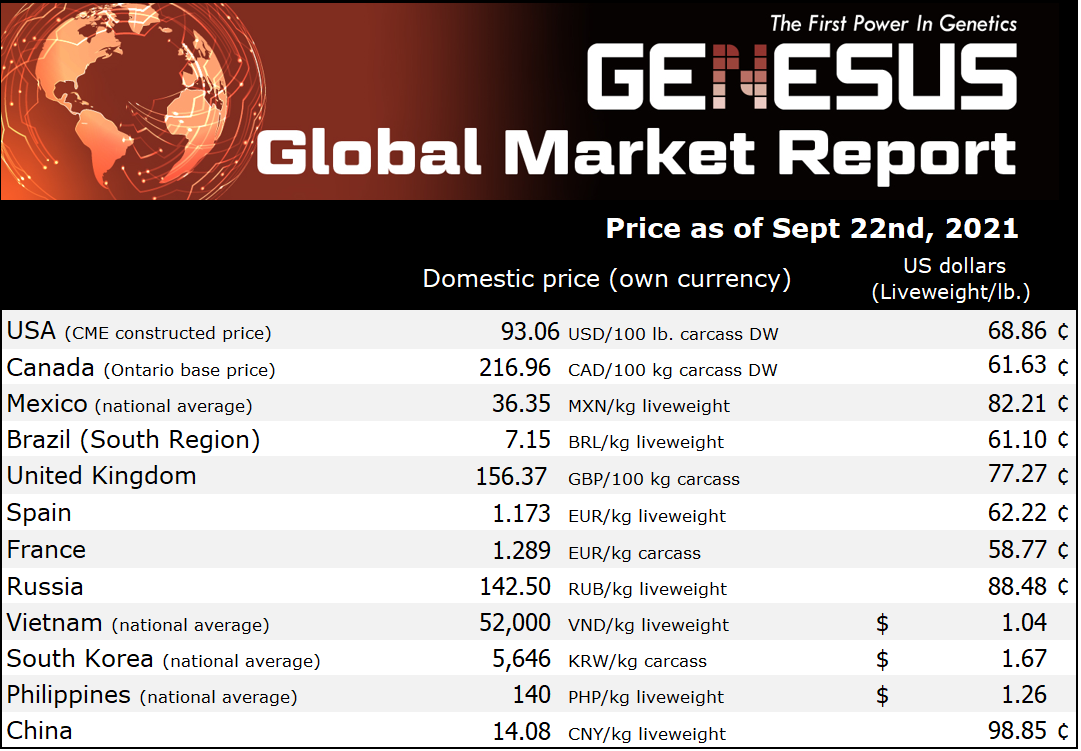 Unlike other European countries, where prices have fallen continuously this summer, hog market price in France remained at 1.345 € per kg carcass since July, 19.

The German official reference lost 12 cents (per kg carcass) during August under the strong pressure of the packing plants whose meat sales are still very laborious. European competition has been aggressive since the decline in Chinese purchases.

For the last 11 weeks, prices continue to decrease in Spain. It is very unusual for summer.

After a 2020 edition canceled due to COVID, 2021 marked the return of SPACE, the main international livestock show in France, from September 14 to 16.

First of all, for the first time, the SPACE took place over three days instead of the usual four. Several exhibitors are quite in favour of this, as usually the day of Friday (4th day) marked a lower attendance.

The number of visitors was down compared to the 2019 edition (about 15-20% fewer visitors according to the first estimates). This year due to COVID, each visitor had to have a heath pass or a negative COVID test and wear a mask to access the exhibition. Compared to previous years, there were fewer exhibitors also

During the show we heard many discussions about :

Economic situation
With a continuous increase in feed prices since the beginning of the year, but also a 3.92 % decrease in hog market prices over the first 8 months of the year compared to 2020 (€1,372 average price in 2021 vs €1,428 in 2020), the economic situation is very difficult for many producers. Some of the biggest cooperatives warned their producers about the end of 2021 that will be more complicated.

A lot of questions without answers for the moment.

Animal welfare
Animal welfare is a subject that is taking up more and more space within French society but also at the European level. First step will be the end of castration on January 1st, but when will producers have to use free farrowing pens? We don’t know exactly yet, but all equipment companies propose and promote these products.

Lack of manpower
Several farmers explained to us the great difficulty they had in recruiting employees. The lack of manpower in agriculture, livestock farms especially, is a growing concern. More and more producers are looking for an efficient system, without too much management and extra work.