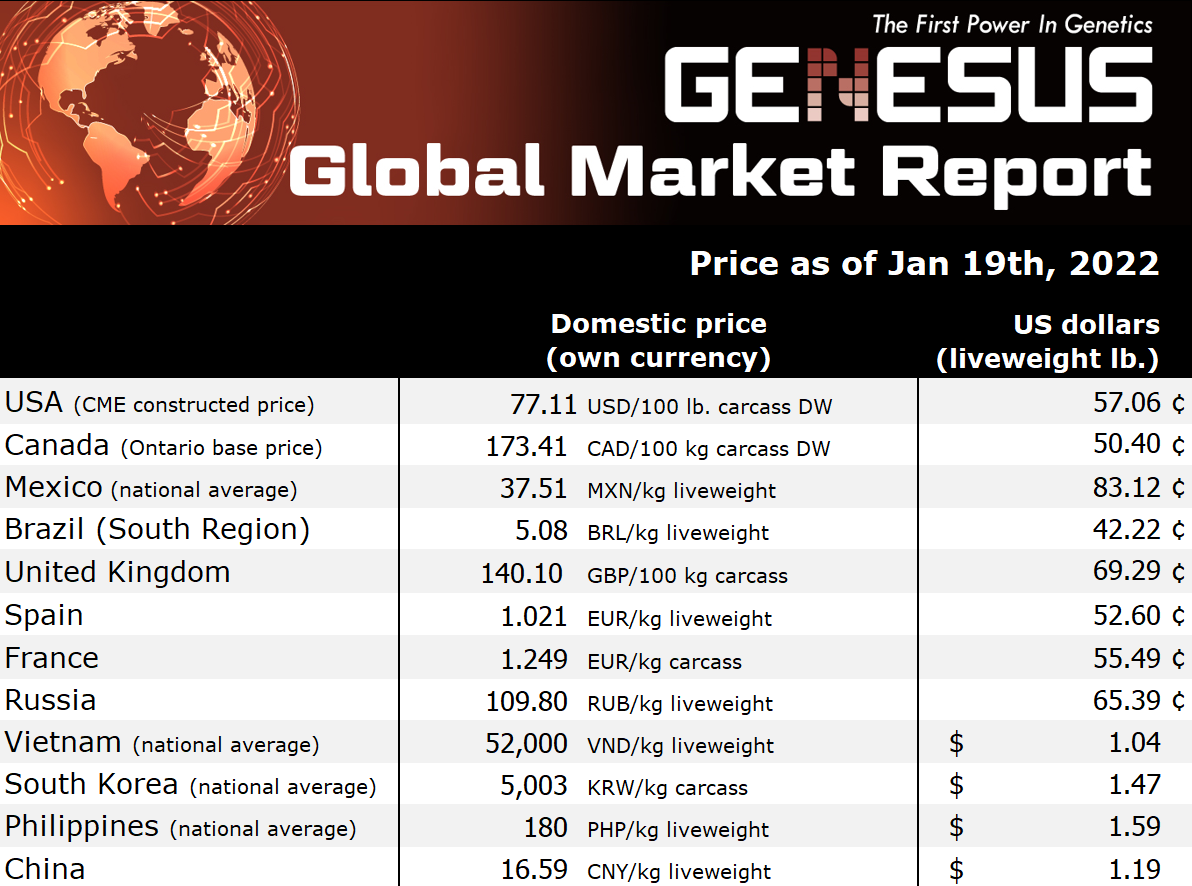 In the first two weeks of January, there has been a drop in prices of live pigs in Mexico of 8.0%. Although it is true that the producers still do not lose money, there are already some at breakeven point, causing a certain contraction in the consumption of some inputs, and some of them also sending sows to slaughter.

According to a recent report by Rabobank, the Mexican pork industry faces a challenge ahead, as the current technology in the production chain is not suited to fulfill future market demands. A modernization of the sector is plausible, but in order for Mexico to become a global competitive pork meat supplier, investment in better practices, feed, and science-based genetics are necessary. The main consequence of not making these investments is having to import pork in large quantities from countries that are more efficient in production.

Mexican imports of meat (beef, pork, and chicken) reached between January and November last year US$4,377 million, an increase of 56.2%, compared to the same period the previous year.

Pork imports were the ones with the greatest increase, as they reached a record figure of 1.2 million tons, 23.2% more than in the same period in 2020. Its value raised by 53.8%, to achieve US$2,228 million. The Organization of Mexican Pork Producers (Opormex) recognized that almost half of Mexico’s pork consumption comes from the US.

General inflation in Mexico ended 2021 at 7.36 percent, its highest level in the last 20 years.