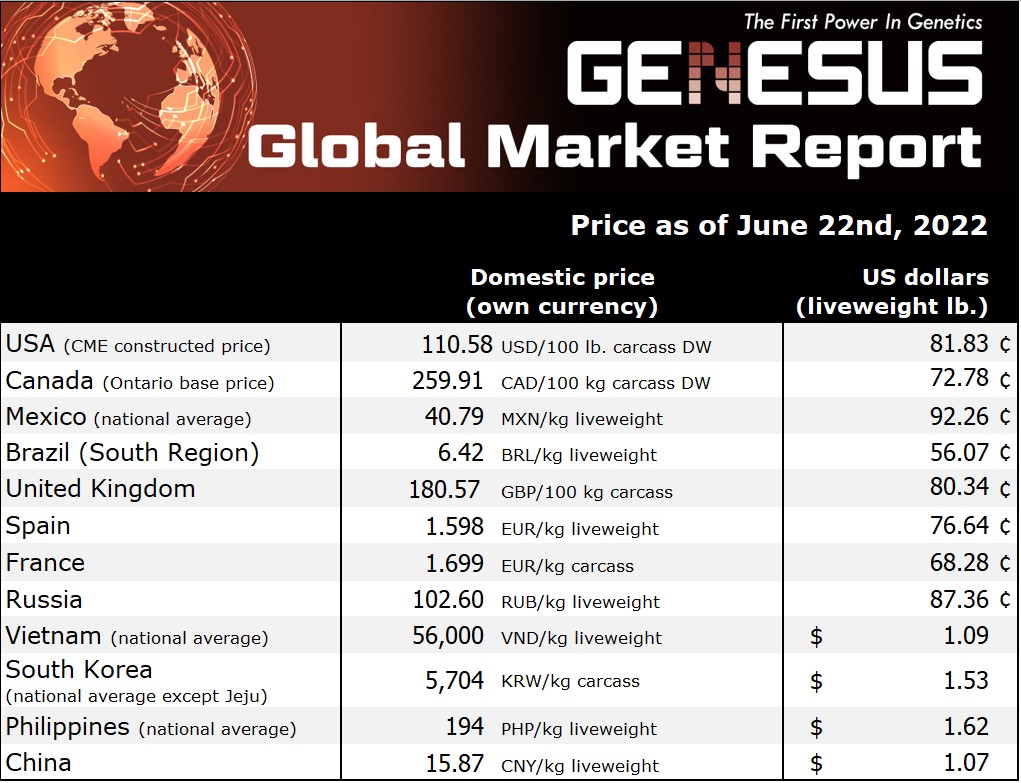 Although producers’ returns have been challenged by rising costs –including feed, energy, freight, herd health, and labor expenses– pork production in Mexico has increased slightly by 2.2% during the year. Going from 678,000 tons to 693,000 tons.

Pork exports, on the other hand, have plummeted by 16.5%, driven by lower demand from China.
Imports of pork in Mexico continue to rise, with an increase of 18.3% so far this year, this is mainly due to the low rate of self-sufficiency in pork production, which is only 61%, and greater demand in the apparent pork consumption of 12%.

The liveweight price to the producer has been growing steadily throughout the year, with a weighted increase of 19%. However, profit margins, due to high production costs, do not show losses now, but it does keep the vast majority of producers in breakeven or making a small profit index.

The price of the carcass to the retailer has increased by 6% over the last five months of 2022.

Some of the sow farm expansion projects that had been planned to be developed in 2022 have been put on hold due to market uncertainty, especially in relation to high inflation impacting production costs considerably.