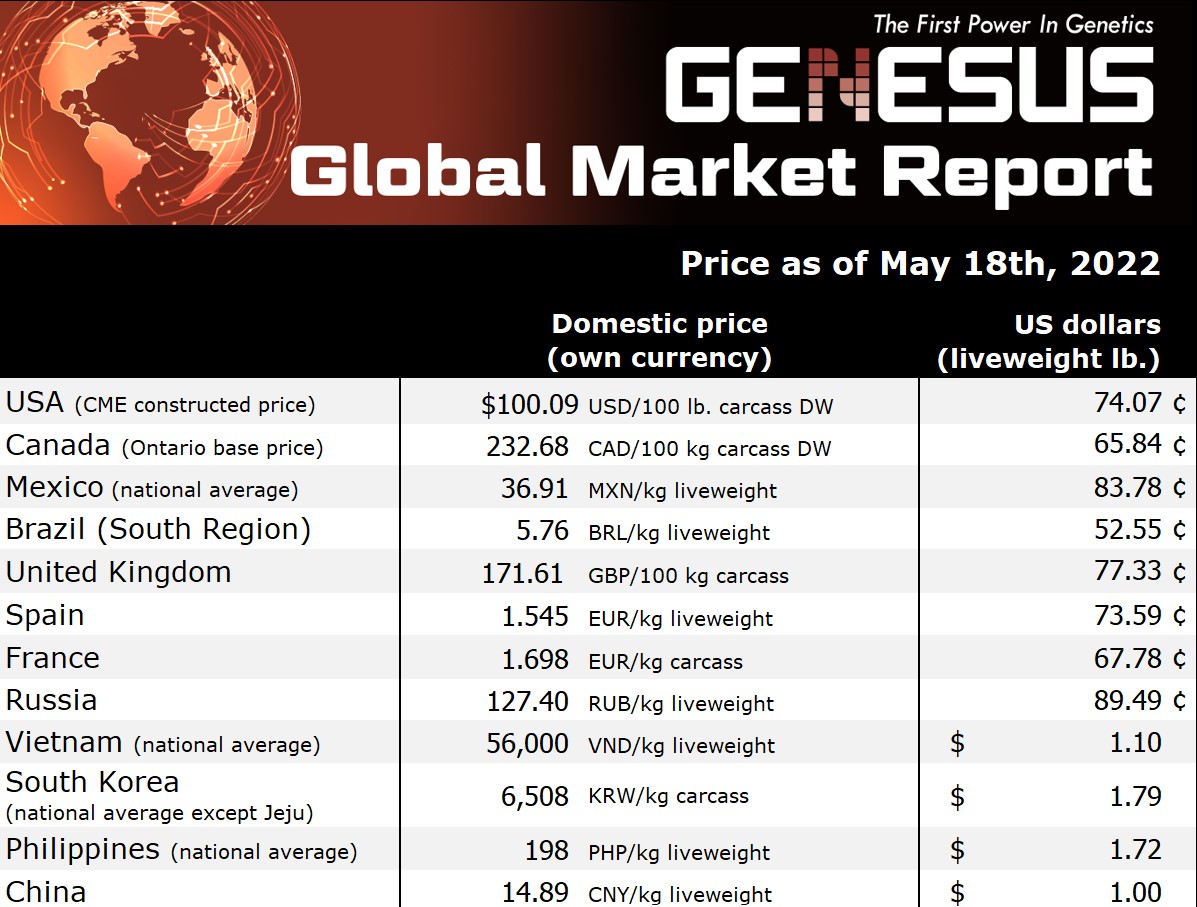 The situation of the Pig Sector continues to be complicated throughout the EU:
The price evolution over the last six months is good.

Good price evolution does not compensate for the high value of raw materials, although they have been falling since the peak in the second week of March, they are still at very high prices and are not expected to fall in the short/medium term.

Losses seem to be decreasing, the average of the last 6 months is -23 ct/ kg live vs. this week’s forecast of -1 ct/ kg live, according to SIP Consultors.

Supply has decreased and will continue to do so. Producers have warned that due to sanitary problems there is a bump in production for the next 2-3 months.

In the piglet market, there is a large supply in northern Europe and Spain, where prices are falling. With rising production costs, many producers fear for the future and the lack of visibility in the meat market invites caution.

The price of pork has risen, but its accumulated increase in a year is still much lower than that of other meats.

The lower consumers’ purchasing power means that they are consuming less and will do so mainly with cheaper meat products.

As for exports, Spain maintains a very good position in South Korea, Japan and the Philippines. Higher sales in the EU and Southeast Asia cannot compensate for the absence of exports to China.

If we add to all this the war situation in Ukraine and the appearance of new outbreaks of ASF in the EU, there is still great uncertainty. The EU market is adapting in the short term.

EU Private Storage in Aid for Pork in the EU

In order to reduce the current imbalance between supply and demand, it has proceeded to grant private storage aid for pork and fix the amount in advance. This will help the sector to balance prices. The facts that the EU has considered to do it are:

This year Spain was the “Guest Country” at the OPOMEX Congress. A very representative delegation of the Spanish Pork Sector attended, participating in panel discussions in which very interesting topics were debated.