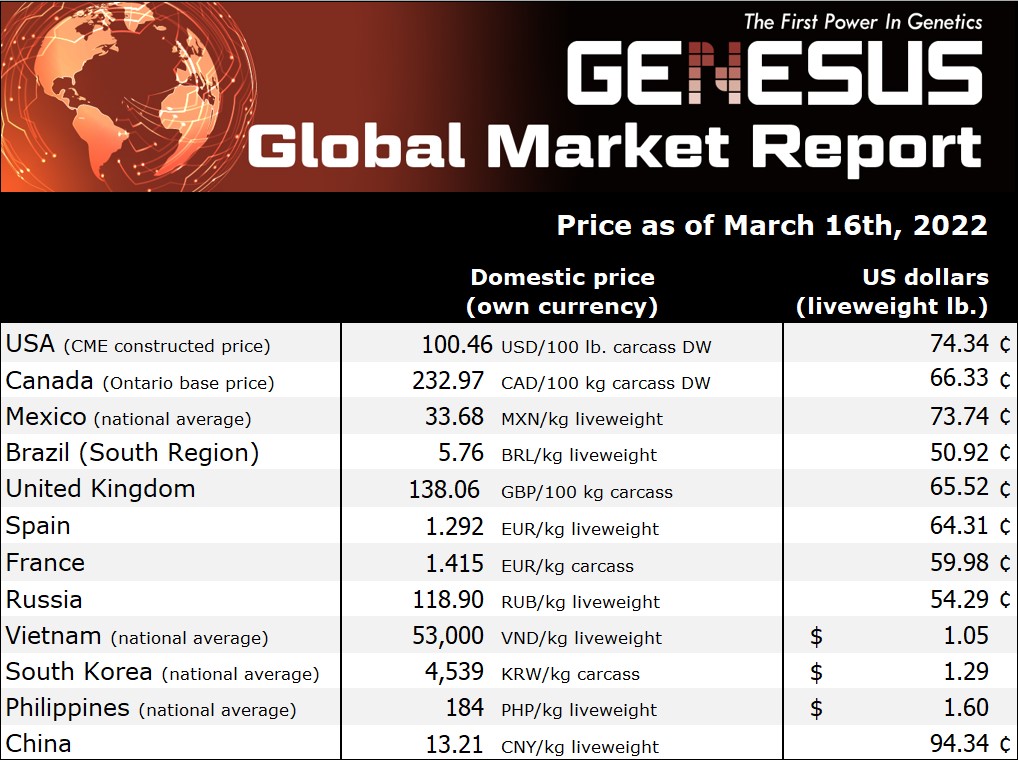 “The only thing constant in life is change.” – Heraclitus. Change happens to everyone. This is an incredibly basic truth. From big changes in one’s life to small ones that don’t have much of an impact. The one thing that hasn’t changed in Canada over the last number of years is the sow herd population. That has in large part remained extremely consistent.

Breakdown of the sow herd in Canada in 2017 and 2022 and some of the major pork-producing provinces:

As we can see from the table, little to no movement in the numbers across Canada. Consistent numbers as a result of little building through expansion and some people exiting the business altogether. Canada’s mature market means there likely won’t be much expansion going forward. The big question is whether or not the sow herd will continue to remain consistent or go down moving forward. Through the awful time that was 2020 for producers – Canada’s sow herd has still largely remained consistent.

Through the awful times, it has led to improving times. Projected profits for 2022 calendar year by Bob Hunsberger of Wallenstein Feeds recently released projected profits from his Hog Economics Summary Sheet below.

These projected profits give producers optimism. With the increased feed costs, it will cut into the profitability for producers which is a downside. So long as the price of pork continues to stay high, 2022 should be a good year for producers.

On the flip side of this, Farm Credit Canada stated in January that they believe meat consumption in Canada will decline as the price of meat continues to be high. If this is true it will be interesting to see how much it will decline overall and for how long. Canada is slowly lifting restrictions across the country and more people will be eating socially whether at restaurants or gatherings at homes. Will that allow for more meat to be consumed in instances that have largely been absent for the last two years? As we all know pork consumption has flatlined for 20+ years – that wasn’t because of high prices. If meat consumption were to decrease it might not be a bad idea to start producing pork that people actually want to eat – they may just buy more. High prices are great for producers but if it leads to some people not wanting to buy pork because of it or because it tastes awful that isn’t good for the industry.

With the increased price of feed, excessive sow mortality, disease challenges, labor issues, backed up hogs (Ontario), generational changes, etc. for producers’ real problems still persist and the decision to continue in the business will be determined by them. These are legitimate factors that many will be considering. The good news is the strong prices for pork should continue for some time. With Canada’s exports of pork still extremely strong it will help keep prices high. It’s not all doom and gloom!