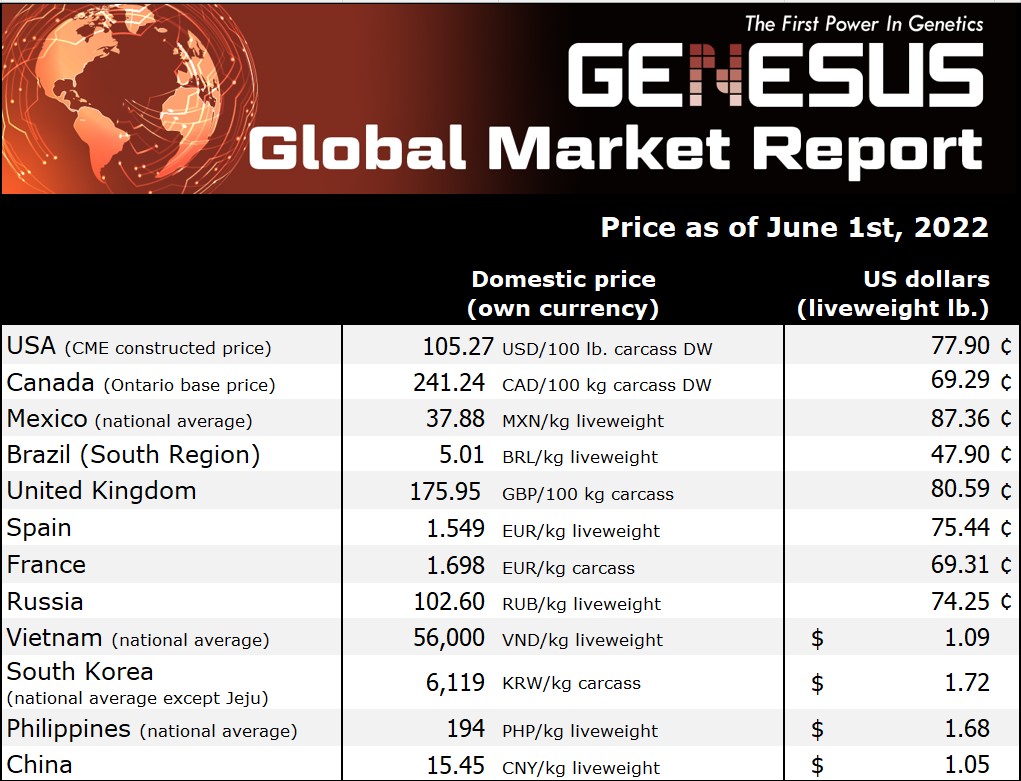 August Futures hit a high in March of $122 and then retreated back to just below $100. As of now, we have gained half of that back. I see no reason why the market won’t hit that March high again.

There has been an issue of high mortality rates, some caused by disease and some by different genetic choices, that will keep slaughter numbers below last years.

Eight dollars ($8) corn has insured that expansion of current sow herds is very unlikely. High feed costs are not going away mostly due to geopolitical issues. Following world economic markets is important but I don’t think anyone really has a handle on what we will be facing. Financial experts have no consensus on what is coming.

Depop and repops related to PRRS are becoming a common issue with many sow farms. Vets are throwing up their hands trying to treat a PRRS-positive herd. Feed costs are causing producers to retire and let the barns set empty.

I’ve read some articles talking about an all-time high of $133 being tested. The only way we get to that level is if cutout pushes it. The packers have gotten used to making at least $20 per head for the last 3 years. Breaking even has not been in their vocabulary for a while. Packers used to compete in the cash hog market but today they like competing in the grocery store or in a restaurant. Hog buyers have been replaced by hog schedulers and true stars are the ones who sell the meat. Cutout values will have to drive futures higher beyond the March high.