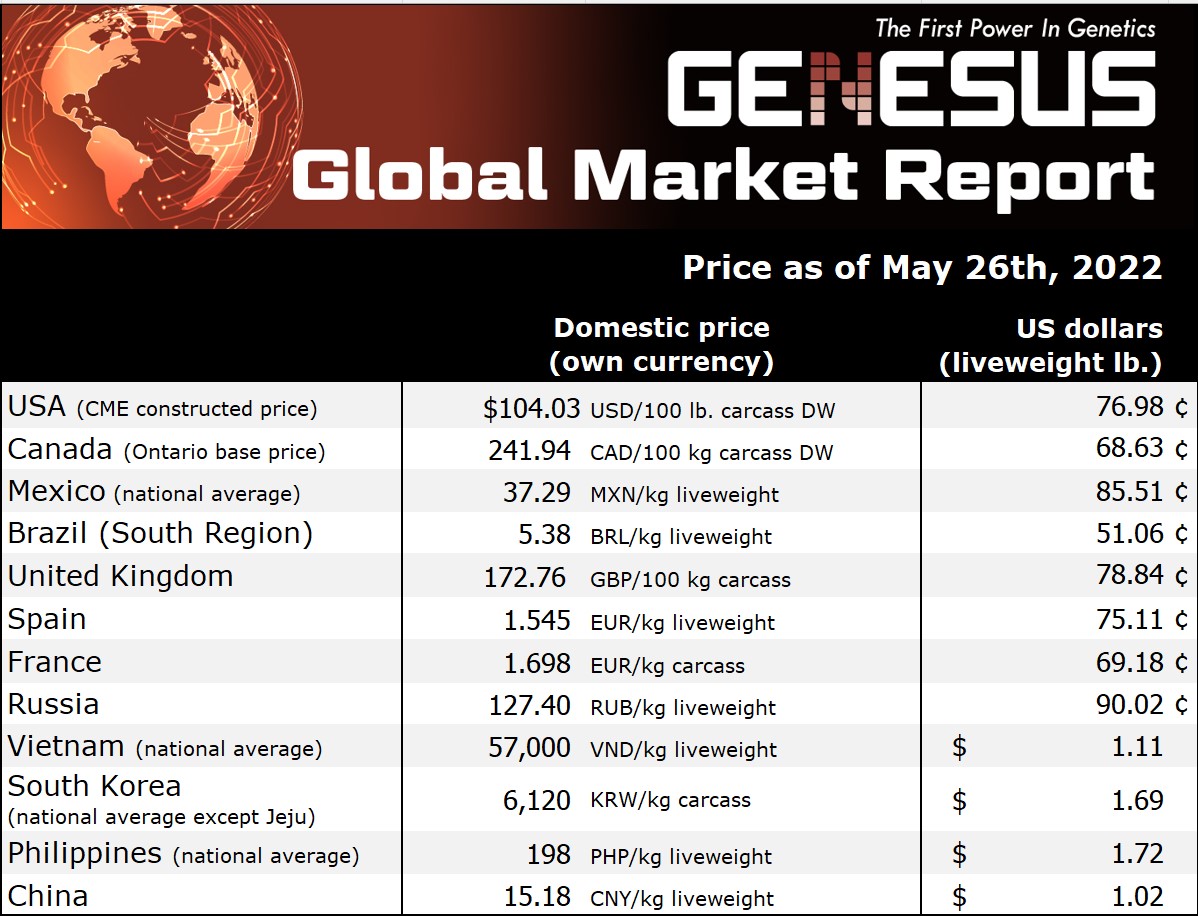 We have been expecting for some time pig prices in China to begin improving in the second quarter 2022, due to liquidation that started last July 2021. Based upon on our sources in the field, it seemed there were a lot more sows going to slaughter than reported. Now after 8-9 months, there are less pigs coming to market. Who knows how many sows where affected, but the best indicator of the reality will be China hog prices.

Perhaps what has been capturing the most attention in the headlines the last few weeks has been a huge surge upwards in the weaned pig market. Weaned pig prices have always been seen as leading indicator of the hog market to come. Recently there has been a lot of demand from small, medium and large-scale producers alike to add more piglets to their barns.

Since the rise in pig prices starting in April, many producers have rid themselves of their long-term losses and returned to profitability. Reported profit from finishing weaned pigs now is RMB 194 ($30) per head. There is much discussion regarding the market in the second half of the year. We expect as fewer and fewer hogs come to market as a result of the month’s long liquidation, prices will continue to increase. Price is the truth.