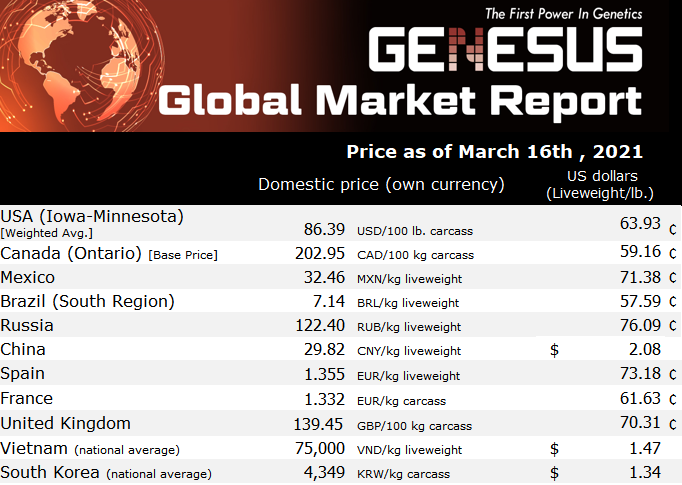 This is in line with where the price has been for the past 9 months. Russia and other CIS countries have been affected less by Covid than Europe and North America. Not in terms of number of infections, disease does not recognise populations or countries. The difference is public reaction or lack of over-reaction.

In the second half of 2020 and so far this year, Russia has lost about 600,000 pigs due to ASF outbreaks. This may seem a lot, but it is about 3% of total pigs in production. Russian pig production companies have in reality done an excellent job of controlling ASF. Yes, there are outbreaks, but the overall impact of ASF is significantly less than diseases like PRRS, that Russian farms as do most of the world, accept as normal…

Russia has also been increasing export volume. This is now at about 190,000 tonnes per year. This increase is primarily due to significantly more pork exported to Vietnam – due to losses from ASF in that country. Volume of exports is today 3% to 4% of total volume produced.

There is a good deal of international discussion about within-country regionalisation with regards to areas free from ASF. If this was to be agreed to, especially by China, this could be a game-changer for the Russian pig industry. The map below shows in red the black soil regions of the world (grain baskets). It is clear from the map that Russia and neighbouring Ukraine have a huge natural resource in this regard. 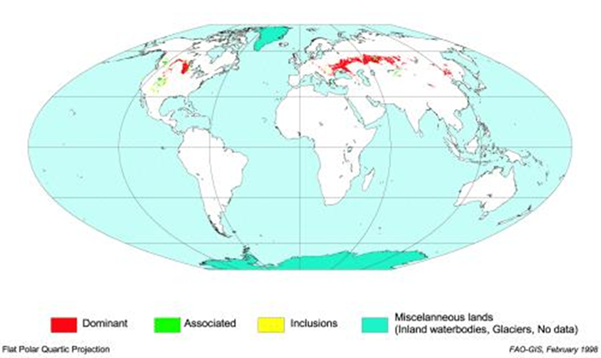 The potential for that region of the world to feed our growing population and the 9 million people that die of starvation each year is obvious. The high productivity of black soil means lower cost of production.

Interestingly it is the EU and in particular Germany that is pushing hard to get regionalisation. It would be interesting to see if they were to achieve this if that would mean allowing imports from Russia into Europe!

Very unlikely I think. European legislators seem to be doing their very best to destroy its pig industry with ever-increasing numbers of rules that simply make pig production more expensive. The EU today has just over 12 million sows and is exporting about 13% of total production.

With new rules coming into place in many countries with regards to things like transport, tail docking, castration, and farrowing crates it is highly likely the EU will lose well over 1 million sows (countries that implement high welfare regulations historically have lost 50% of their pig production). This is a reduction that could well see the EU becoming a net importer rather than a net exporter of pigmeat! It will be interesting to see when this happens where the EU will allow meat to be imported from. For sure from countries that are not complying to the standards that will have caused the EU to lose its production!