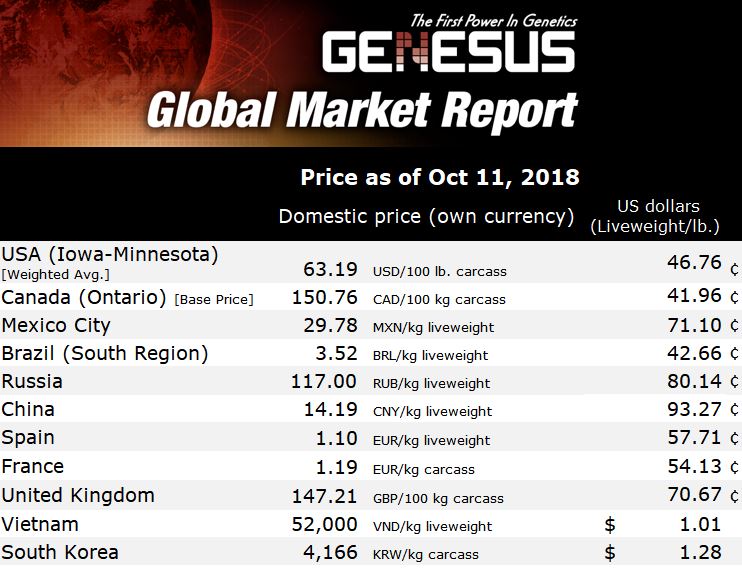 Canada – Reverse of fortunes (kind of)

My question then was how much lower, for how long?

At that time, I asked if we were out of the woods or just whistling pass the graveyard?

Now where you can nitpick with Hunsberger’s various assumptions they remain the same along with the methodology from week to week. Such that comparisons of magnitude and swings over time should be more than appropriate. By that measure I would suggest that this market makes the wildest roller coaster ride look like a walk in the park. With ASF that is primarily credited with the present rise in fortunes this is unlikely to get any smoother as ASF remains a huge wildcard certain to have lots of twists and turns for good and ill to the markets in the coming months if not years.

Clearly the packer appears to have something figured out that the producer doesn’t. These were previously unheard-of margins at least until the last four or five years. But now seem the norm such that packers much like producers when they have money spend it. Hence the North American expansion in packer capacity. Perhaps that “worm will still turn” in producers favour but we so far have been still waiting.

Now some Ontario producers have captured at least some of the packer advantage in various ways. The Progressive Pork Producers (3Ps) have chosen to be shareholders in a packing plant (Conestoga Meats). Other producers have evolved various contracts and pricing mechanisms with packers that will have resulted in different and presumably better margins than those shown above.

Still as I attempted to suggest in my last commentary the industry seems to need to come together to think about how it organizes, does price discovery and distributes margins to continue to have a strong, vibrant industry.

Packers and producers figuring out how they might cooperate more than compete may be part of the path to success?