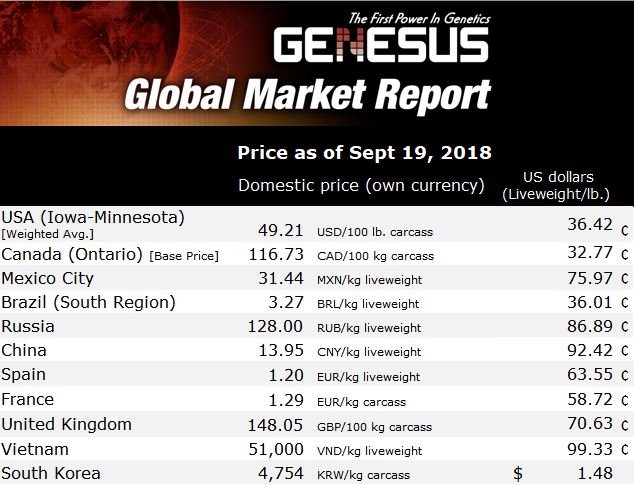 We just returned from 2 weeks of travel within China. While the Swine Industry continues to transform from its old style backyard production to new and modern facilities with better Genetics and higher technology, there is growing concern over recent outbreaks of ASF. Just yesterday, we noticed this announcement from the Ministry of Agriculture:

These growing and more frequent reports are affecting producer’s actions and also market conditions. We are being told that many farms are locking down and not allowing their people out nor outside people in. Bio-security has long been a challenge in China and now owners and managers are taking unprecedented steps to protect their facilities from contracting this devastating disease.

Who knows how long farm workers will be content under these lockdown conditions, but many farms are now providing housing, cafeteria, laundry and even barbershop services for their workers. Many farms are becoming almost like small communities with all the comforts of home and even recreational facilities. So they may be able to withstand these conditions for some time. 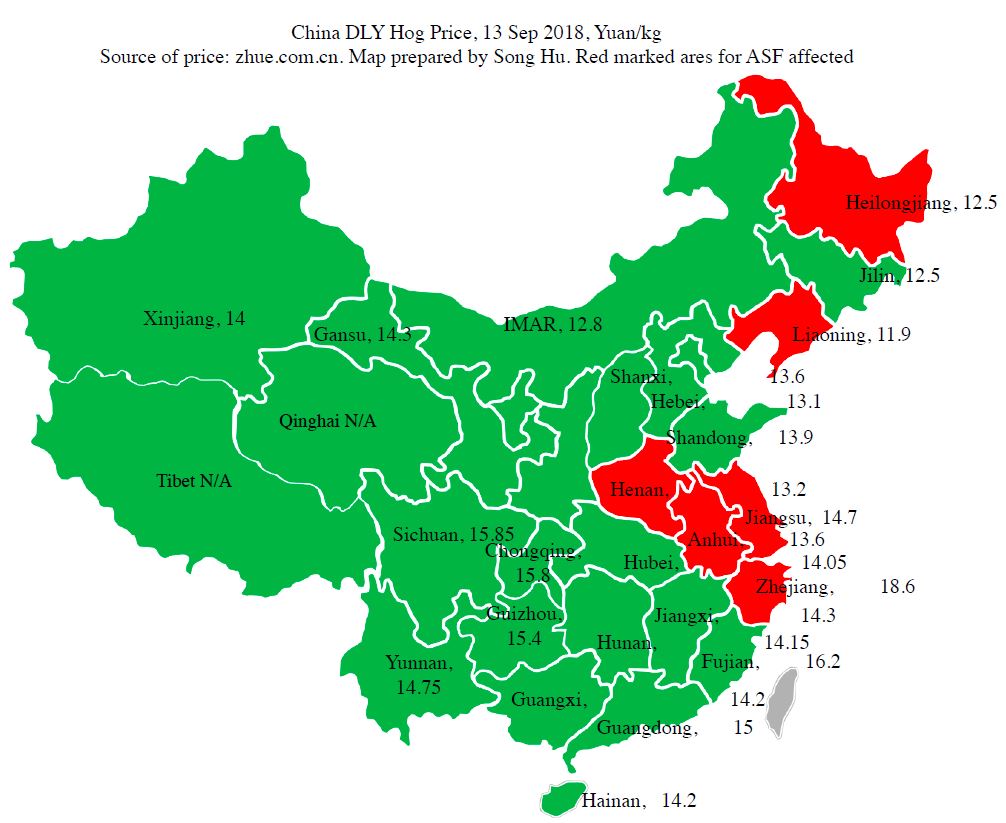 Quarantine zones have been established causing transportation of out of these regions to come to a halt. Thus pork supplies may become land locked within these effected areas causing over supply within quarantine regions and prices to drop. Conversely, there may be shortages in the many large cities within China and sharply increasing prices.

Live markets will also be closed in the effected regions, according to a notice by the Ministry of Agriculture and Rural Affairs dated Sept. 11 and sent to animal disease control centers in the areas. The affected areas include the provinces of Hebei, Shanxi, Jilin, Fujian, Jiangxi, Shandong, Hubei and Shaanxi as well as the Inner Mongolia Autonomous R 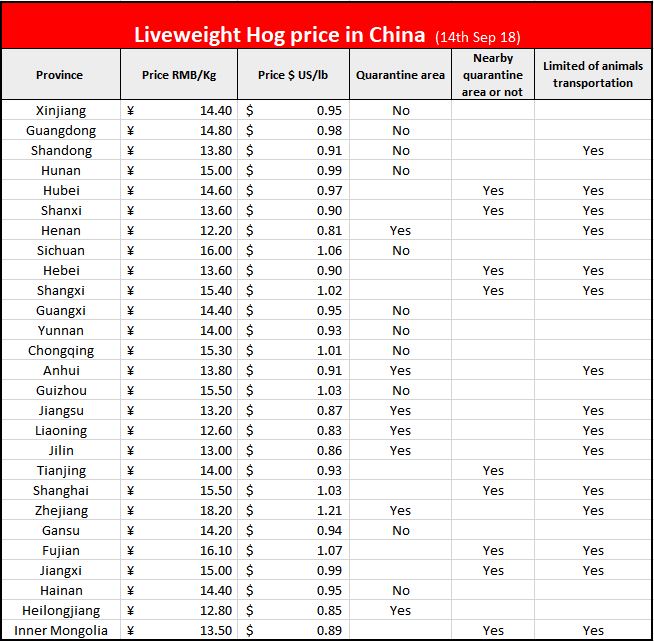 Provinces such Hubei and Jiangxi are major exporters of pigs, and will likely see prices fall. However, importing provinces such as Guangdong and Zhejiang will see rises in prices. For example, prices for live hogs in Zhejiang were 18.51 yuan per kg (US $1.2 per pound) last week, well above the national average of 14.38 yuan (US $0.93 per pound). However, it is reported prices in Liaoning, meanwhile, fell to less than 12 yuan per kg (US $0.80 per pound)

These government measures are expected to hit small farmers hard who sell their animals to live markets. Even if prices are up in those regions, the farmers won’t be able to sell there pigs if the live markets are closed. To make matters worse, these are unchartered waters in China and no one knows how long these conditions will last.

However, adversity in one area, usually creates opportunity in another. Look for consumer sentiment in China to shift to sources thought to be safer and healthier. We would expect pork prices to increase from countries free of ASF while filling the void that likely will occur from demand in China and other Asian countries.