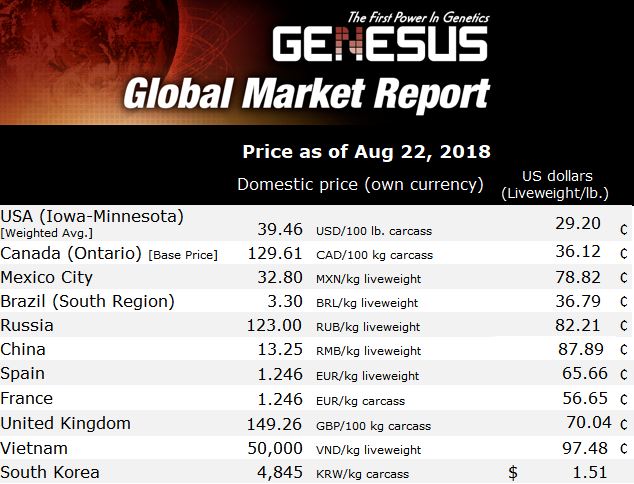 Hog Market : the summer rise has not taken place (yet)

This year, over this period, pig producers lost about 24 € per head compared to last year.

Let’s hope that the pork price rise in France will continue in the upcoming weeks, like it has been the case for several weeks with our German neighbors (1.55 €/kg at market of August,15).

Everyone knows that, in general, prices remain higher over the summer period until the end of September before falling very often in the fall.

As the summer season is not over, maybe we can still hope for a price who will continue to increase in the upcoming weeks. Let’s hope so.

According to Agreste, the statistics department of the Ministry of Agriculture, the 2018 harvests for wheat and barley are down 4% compare to last year’s harvests.

This could be the main cause of the feed price rise in the in the last recent weeks.

Let’s see what will happen with corn harvesting, which is not coming under the best skies because due to hot and dry summer this year.