This past week we spent in Russia. I visited several customers and prospects with two of my sons Spencer and Aidan.

The Russian market is supported by almost no pork being imported due to sanctions and other rules. Consequently Russian pork demand outstrips limited supply, which leads to real strong prices and profits.

Russian government policy encourages further Russian expansion. Russia continues to talk about exporting pork but with Market Hog Price double Canada, USA and Brazil it’s hard to think there would be much opportunity at this time.

Most if not all the major Russian companies are expanding or have expansion plans. Russia currently has about 1.8 million sows; stated expansion plans of the major players would add 250-300,000 more over the next four years.

If expansion leads to exports and that pushes prices lower several marginal high cost operations would not survive, old facilities, terrible health and low productivity would be there death knells.

In Belgorod and Voronezh region of black earth crops have been good this year. In the Kuban region area of the South drought has cut yields.

African Swine Fever (ASF) is a real issue in Russia. We have had customers have all the pigs destroyed when ASF hits. Russia is fortunate in that there is a huge landmass with the ability to have distance between farms.  This limits multiple farm disasters.

We understand it’s not hard to know when ASF hits you. Pigs start dying in a huge percentage.

ASF other major effect is the damper it has had on investment. Banks wary of financing smaller operations due to it. Large companies with multiple sow units can withstand losing all the pigs on one farm.

Since ASF has hit most if not all, new projects have gone away from multiple site production in favor of usually 3000 sows on one site farrow to finish. The belief is biosecurity can be done easier and if you use a site. You clean up and refill.

Russia, like other global markets, is now recognizing that Pork taste is an important component of pork production. We meet several packers in our trip that are moving to Duroc, many to Genesus Duroc, with one exclusively using Genesus Duroc through their hog production system and their several hundred retail stores.

It was nice to travel with Spencer and Aidan. Spencer is 21 and has been to Russia 7 times. For Aidan who is 16 it was his first time. We travelled to the Urals, Moscow and the Black Earth area of Western Russia. Its good for them to see other areas, meet other people. The good thing with Pig Farmers all over the world is they know of failure. So many things can go wrong in pig production, you have to be by nature an optimistic person, couple this with being continually humbled by the issues of markets, health etc. You end up with a group of people that are always social and hospitable. Russia is no different.

We are leaving Russia now, this week we will be in Poland and Ukraine. Next week we will report our observations 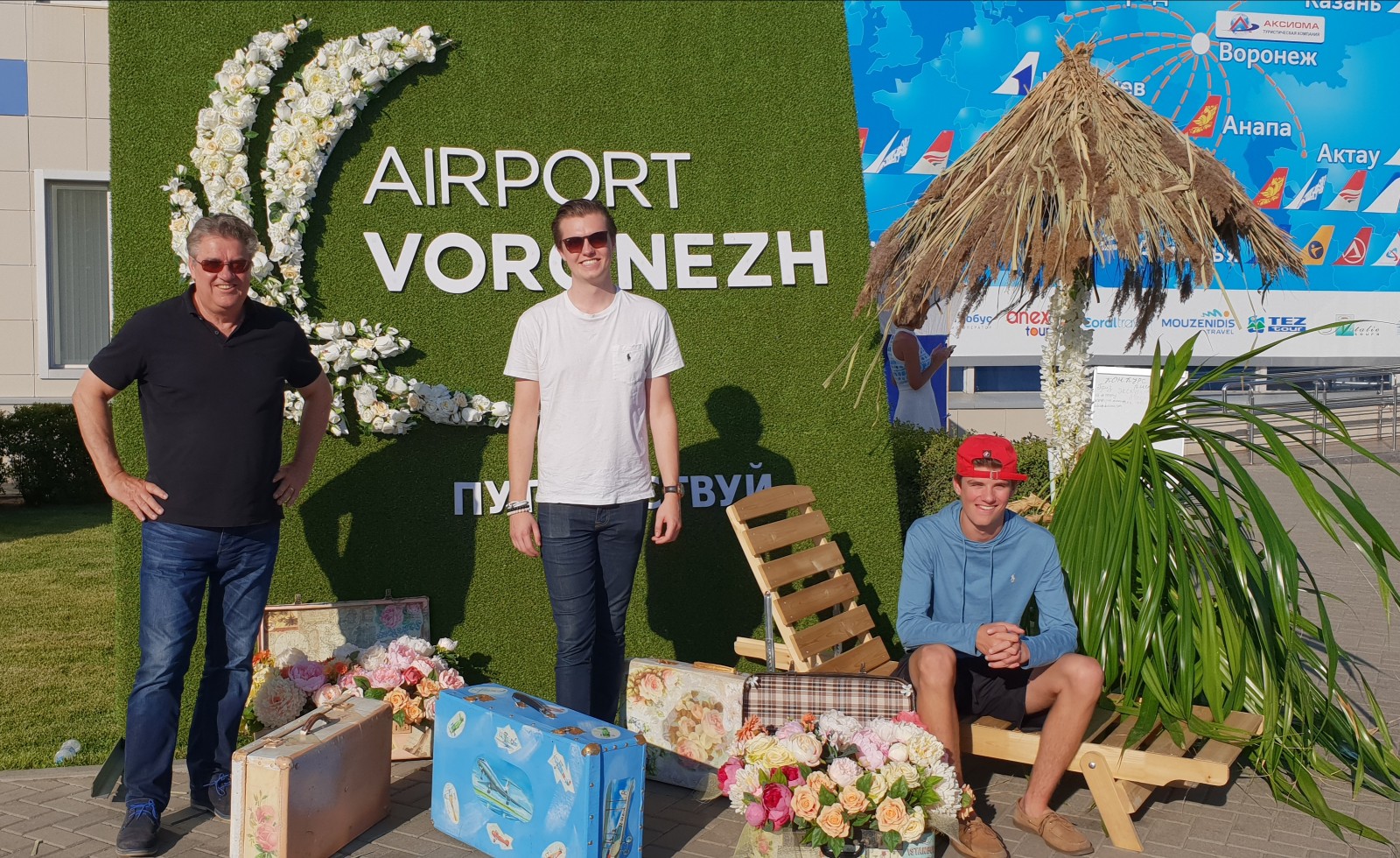