Last week we wrote about the National Pork Industry Conference (NPIC) that was held in Wisconsin and we focused on Dhamu Thamodaran of Smithfield Foods Report on Markets.  This week we will give some other observations re NPIC. Seaboardtriumph Foods One of the most dynamic factors in our industry today is the rise of new packing plants.  The first new plants in over a decade.  Seaboardtriumph foods, Hadfield, Prime Pork, Moonridge, Prestage.  When completed over the next three years there will be increased capacity of 12 million hogs per year or 500-600,000 sows production. The largest will be Seaboardtriumphs in Sioux City, Iowa. At the NPIC Gary Louis Executive Vice President of Seaboard and the Chief Operating Officer of Seaboardtriumph Mark Porter both spoke. Seaboard is a very low profile company relative to its size.  Owned 77% by the Bresky family that they founded in 1918.  Seaboard is a Fortune 500 company with $5.6 billion in sales and over 24,000 employees.  Businesses include Seaboard Foods, Seaboard Marine, Butterball and Seaboard Overseas Trading. Seaboard Foods Pork Products cares for 257,000 sows on 480 farms, raising 5.3 million pigs per year that are processed into 1.6 billion pounds of pork per year.  They own a plant in Guymon, Oklahoma and have a pork marketing agreement with Triumph foods of Missouri.  Production capacity of both plants is approx. 40,000 head per week. – Seaboardtriumph foods are a joint venture of the two companies that are building a new packing plant in Sioux City, Iowa. – The plant is 850,000 square feet with a capacity on one shift of 3 million hogs per year – (2 shifts, 6 million).  The plant is planning to begin operations July 2017.  A second shift start up depends on hog and staff availability , sales. – Plant is being built in what was characterized as animal welfare friendly with the most technologically advanced equipment.  Pictures were shown in the presentation of plant construction well under way. Gary Louis Executive Vice President then gave his view on Industry Issues. “Main Thing” for the U.S Pork Industry Focus on being the most competitive production system in the world. U.S Pork Competition: The Pork Industry needs to offer choice 1. Don’t overproduce niche products 2. Have a plan B 3. Keep a majority of system cost competitive * The world will need more food (pork) 10 billion people by 2050.  U.S hog industry is cost competitive in pork production today relative to the world.  Opportunity will be there! * Need to focus on the 95% of market that are not niche buyers.  As an industry we need to work together on current and future issues.  This includes Producers, Packer, Processors, Retail, Food Service, Industry Associations, Government Regulators and Experts.  Gary Louis proposed that such a group be formed to address issues of today and the future.  This is similar to the Animal Welfare Coalition of 2002 to 2007. Seaboard is a huge player in the U.S industry.  The second largest hog producer and when Sioux City gets to full production they will be involved in marketing the pork from 18 million hogs per year.  Mr. Louis sentiment about keeping U.S cost competitive while focusing on 95% of the non-niche market resonates as common sense.  The continual need to maintain pork market access into markets as the world grows to 10 billion people is paramount for the financial health of our industry. Our take home message from the talk, Seaboard sees the future is bright.  They are expanding as they believe that they sell Pork to Asia now and in the future.  More People – More Pork. Next week we are heading to Asia – Malaysia, Singapore, Thailand and China.  We will report our observations. 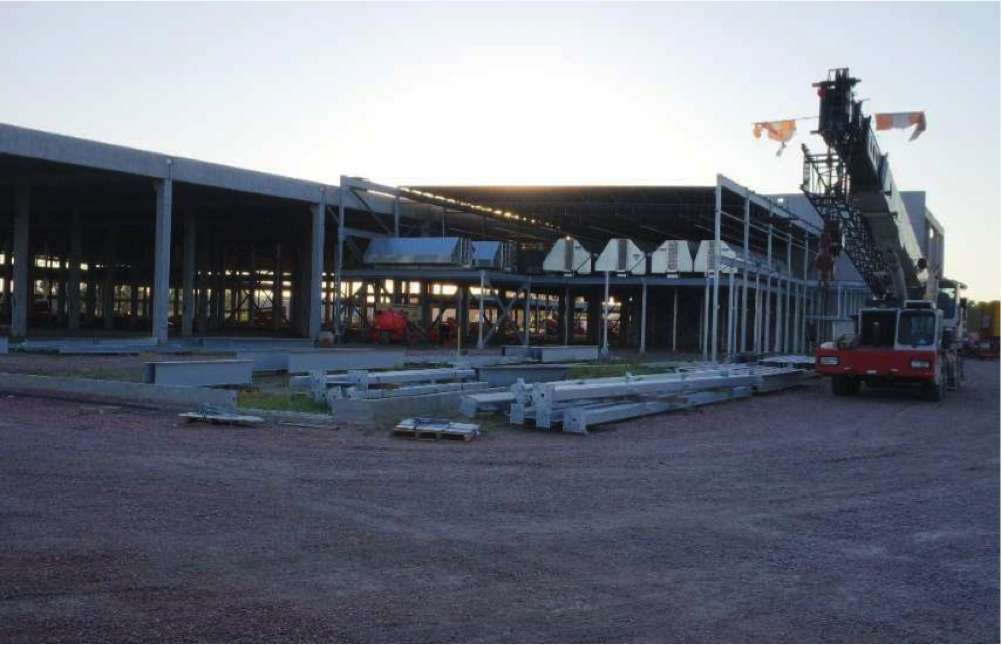