Last week, everyday, lean hogs (53-54%) exceeded 80¢ lean lb.  with some days 82¢.  Excellent to see and gives producers profits of about $30+ U.S per head.  Other observations. *  Year to date U.S hog marketings are the same as last year.  Actually 32,000 head less.  Talk about static.  Remember the talk about the big expansion?  Certainly hasn’t shown up in hog marketings. *  U.S.D.A Pork cut outs are 88¢ lb.  For producers to get much of a further increase in lean hog prices U.S cut-outs need to increase. *  There was significant discussion of a large increase in chicken production coming this year.  Not seeing it.  Chick placements have increased very little.  This is supportive for pork prices *  Feed costs are taking a hit.  July corn closed the highest in 11 months Friday ($4.37).  Soybeans just south of $12 a bushel.  Speculation is that dry conditions and heat could short U.S crop.  Maybe.  There is lots of money in the world today.  There is very little return from bank interest.  Lots of money chasing bigger returns.  Speculators looking at weather models guessing on a drought is pushing this market.  We wonder if anyone factors the 11 million sows that went out of production in China.  Double U.S Hog Production gone.  You would need about 2 billion bushels of corn plus lots of soymeal to feed the 11 million lost sow production.  That demand is gone.  Corn in China has dropped from about $10.50 U.S a bushel to $5.50.  Cause and effect? *  CN agri reports that the gap between Chinese production and consumption in 2016 is likely to be in the order of 110 million head, with total production of 640 million head.  This means that import will represent 12-13% of the market against 1% in recent times.  Recovering is likely to be slow due to environmental and capital constraints and driven by the largest concerns. WOW, short 110 million hogs, that’s basically all the hog production of the U.S.The Europeans have captured most of the pork shortfall so far.We expect that North America will gain in the coming months in China exports, as we get rid of paylean. We believe re building China will take time as environmental and land constraints hurt locations for modern facilities.The 11 million sow liquidation wiped out many small producers and we don’t expect many of these to come back in production.We expect China to continue with very high prices for well over a year.Currently China’s hog price is 20.80 rmb/kg or $1.43 U.S liveweight a lb.A 260 lb. hog is bringing $371 per head.We expect China profits per head are ranging from $150 to $200.With 12 million head a week to market, China producers probably are making $1.8 billion to $2.4 billion U.S a week.Yippe Ki Oh.Should be good for us in the Global breeding stock business.As a big integrator in China recently told us.There are no swine genetics in China worth buying. It will be even better for producers that are in countries where they export pork to China.The huge shortfall in China hog production and high hog prices will pull pork at unprecedented levels. China is and will remain a market price stabilizer for American hog markets.

Again COFCO imports the best genetics in the world! 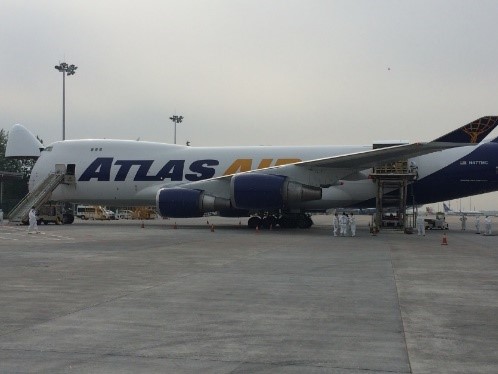 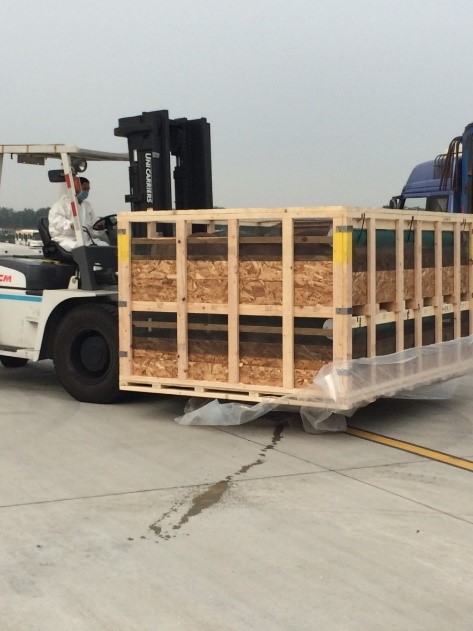 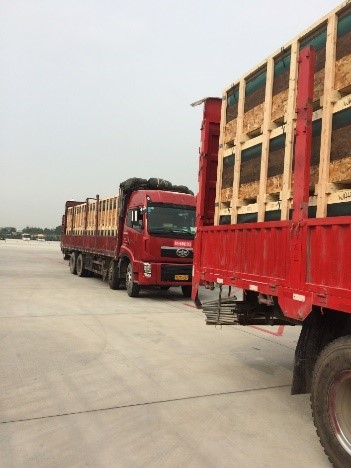 In the first week of June 2016 Genesus supplied almost 1000 animals to the Chinese company COFCO for one of their nucleus farms. COFCO Corporation is a leading supplier of agri-products, diversified foodstuffs and services in China, fully integrated and providing grain and oil products to one quarter of the world’s population. COFCO has assets of US$71.9 billion. Cofco’s sow herd is presently 175,000 sows with further expansion underway. The breeding stock were sent by charter plane, great efforts were taken to provide a safe and comfortable journey for the pigs to China. Genesus and COFCO work together to ensure that COFCO’s genetic program is operating at the highest level with regular imports of animals, semen and genetic support from Genesus to keep the genetic link between nucleus herds in China and Canada and to ensure that genetic improvement is maximised. Genesus has the world’s largest registered purebred herd, known for the most prolific female in the industry and the leader on meat quality research and implementation.
Print Newsletter 🖨
Share this...