Our challenge to get higher hog prices can be directly attributable to where USDA average pork carcass cut outs are at.  A year ago they were 85¢ lb. last week they closed at 75.60¢ the highest they have been for weeks.

Bottom-line Packers and Producers both getting less money now compared to last year.

Last week we visited with Japanese swine producers.  Some observations re Japan:

• Labor an ongoing issue with little if no immigration to Japan, a guest worker program

• Most of feed ingredients imported

• Japan recognizes and pays for Pork that has higher quality.  That means more marbling and redder Pork.  Japan buyers pay more because consumers know these attributes means better tasting Pork.  All attributes our industry should remember when we see U.S Pork-Cuts are 75.60¢ lb. and Beef Choice Cut-Outs 227.41¢.  Pork 1/3 the price of Beef.  Sad testament to our lack of market and consumer awareness. 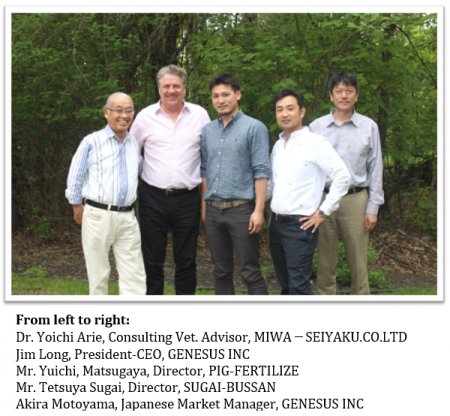