Illinois is the third-largest U.S. state with sows of 590,000. Iowa and North Carolina are first and second in sow herd numbers.

The Expo had meetings beginning in the morning then the trade show started at noon. This was followed by a reception buffet held in the middle of the trade show area. The concept worked well as everyone stays and socialize in one area. We believe it is really important that the social aspect of our industry is encouraged. As an industry, we have less people selling to less people, with the venues to meet others in our industry getting more limited. Pork shows are one of the last venues to get that done. Illinois Expo format goes a long way to help facilitate the challenge. We want to recognize and thank The Parks Companies for sponsoring the evening reception.

Illinois has two major hog-producing groups that make up the 590,000 sows: Carthage Veterinary Service and The Maschoffs. They are both World Mega Producers.

Illinois Expo continued to reaffirm our observation, there are next to little new sow barns being built.

PRRS and PED are active in Illinois. Lots of empty finishers. There are a lot fewer hogs than last year.

We appreciate some of our readers who stopped by our booth to discuss our commentary. Some quite passionate. When you are being compared to the late Rush Limbaugh and his say as it is approach, the bar has been raised.

Prolapses, Dead Sows, High Wean to Finish Mortality are all issues facing Illinois producers like everywhere else. All factors cut productivity and numbers of hogs to market.

The Lean Hog Futures dropped from contract highs as the Ukraine – Russia conflict rocked the market.

Two integrators announced in the last couple of weeks their exit from producing their own genetics. The Maschoffs and Olymel, a major packer in Canada, both have announced they are ending their independent genetic production. What this confirms to us is that if you are not a dedicated global genetic company you don’t have enough critical mass and technology to make it a worthwhile venture. At Genesus we only do swine genetics, we are not a packer, feed company, chicken breeder, cattle breeder. We are all in on swine genetics. Everyday make a better pig and get it sold. Our risk mitigation is doing business in 38 countries and genetic production in 11.

10 – 15 years ago at the Illinois Pork Expo there probably were 15 swine breeding stock exhibitors. This past week there was five that matter. The same five that are in most of the world today. It’s been a war of attrition, continually get better or die. 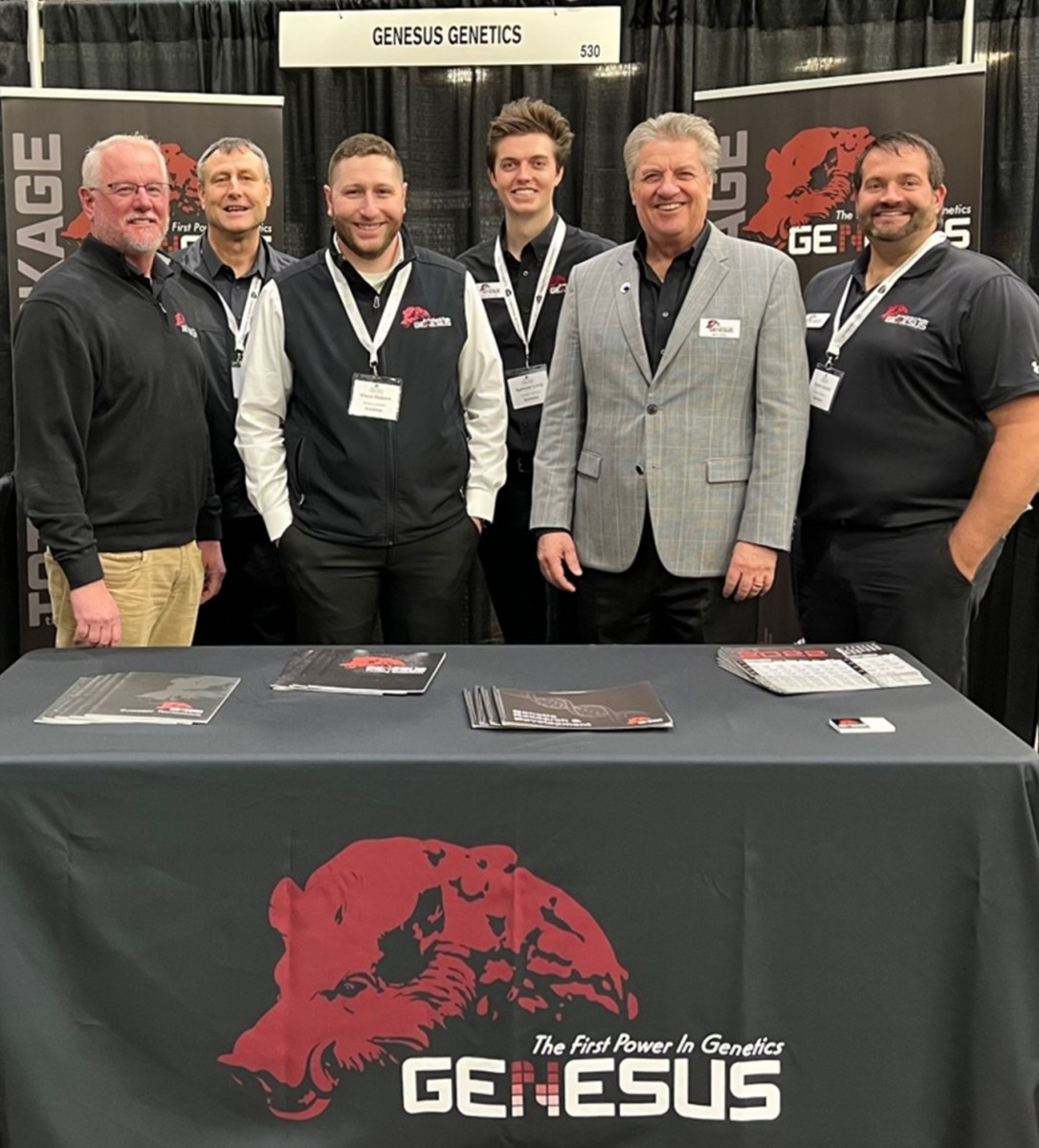